Sued by Donor for $7.5M, University Ups the Ante and Countersues for $9M 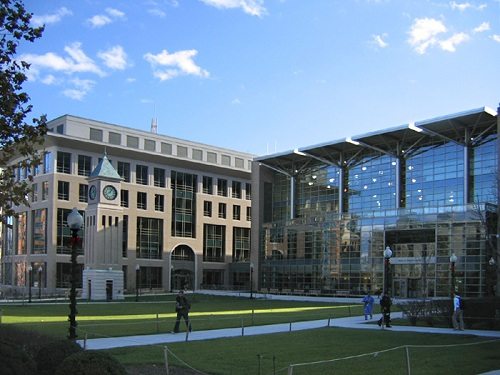 NPQ has more than once covered disputes between donors and universities where disagreements emerged over naming rights. (Here, for instance, and here.) These may sometimes entail problems with donor reputations, and so it is with this situation at the Georgetown University Law Center. Last month, alumnus Scott Ginsburg filed suit against the Center for $7.5 million in donations he wants returned. Ginsburg says that the university agreed more than a decade ago to name its gym the Scott K. Ginsburg Health and Fitness Center.

But Georgetown says that not only it is not returning the money, but claims Ginsburg owes an additional $9 million in pledges. The university states in its answer to the Complaint that Ginsburg made an additional $11 million pledge after he had been informed the gym would not be named for him.

As occurs from time to time, Ginsburg’s name became tainted after he made his original donation. He was ordered to pay a $1 million fine in connection with an accusation by the Securities and Exchange Commission that he leaked inside information to family members.

The countercomplaint reads, in part, that in 2002, “After learning of the verdict—and concerned about naming a new facility on the Law Center campus after someone found liable for insider trading—Georgetown offered to cancel Mr. Ginsburg’s pledge and return his money….Mr. Ginsburg refused. He said he believed in the project and did not want his legal problems to slow the Law Center’s progress, and agreed to waive the naming condition.”

NPQ has seen these kinds of suits go both ways, but this one is one worth following because of the issue of the subsequent pledge.—Ruth McCambridge