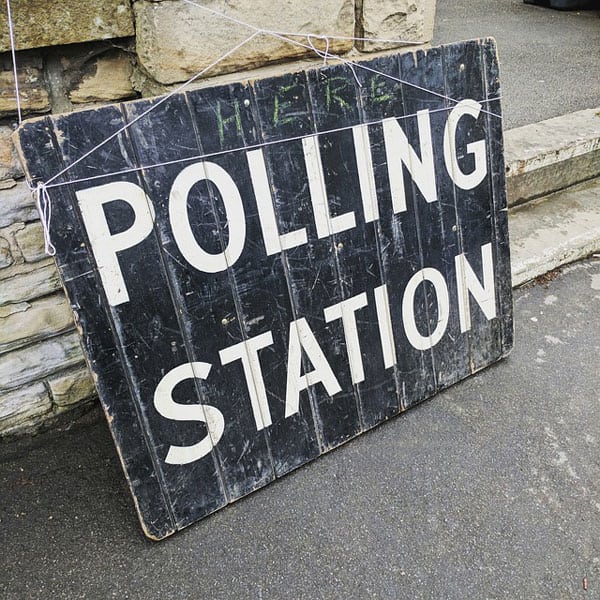 In January 2018, NPQ published an article suggesting that nonprofits brace for another attack on voting rights. The gist of that article was the case being heard by the Supreme Court about Ohio’s efforts to purge its voter rolls of people who had not voted in two federal election cycles and not returned a mailed notification that asks them to verify their address.

Yesterday, the Supreme Court ruled 5 to 4 in favor of Ohio. What was once a warning has become much more than that; now, nonprofits need to think about how they will work on voter registration, a longstanding nonpartisan way to prod constituents to exercise their rights. With this decision, registering people to vote is no longer enough; nonprofits must ensure that people who are registered maintain that right.

The case, Husted v. A. Phillip Randolph Institute, concerned Ohio’s process of purging voters. When the case was first filed, the Obama Judiciary Department sided with the plaintiff, but the Department switched sides when Trump came into office. This is highly unusual, but one of a number of such cases under the current administration.

The case concerned Larry Harmon, a software engineer and Navy veteran who lives near Akron, Ohio. He voted in the 2004 and 2008 presidential elections but did not vote in 2012, saying he was unimpressed by the candidates. He also sat out the midterm elections in 2010 and 2014.

But in 2015, Mr. Harmon did want to vote against a ballot initiative to legalize marijuana and found that his name had been stricken from the voting rolls. State officials said that they had done so after sending Mr. Harmon a notice in 2011 asking him to confirm his eligibility to vote and that he did not respond. Mr. Harmon said he did not remember receiving a notice

The majority ruling written by Justice Samuel Alito was clear in his view that while the National Voting Registration Act (NVRA) states that one cannot be removed from the voter rolls for not voting, Ohio did not violate that. “Instead,” he wrote, “Ohio removes registrants only if they have failed to vote and have failed to respond to a notice.” Writing for the minority, Justice Stephen Breyer disagreed. He said that most voters were unlikely to return a card to reaffirm their address and thus their voting status. Breyer pointed to the more than one million Ohio voters (approximately 13 percent of Ohio’s population) who did not return cards. “The streets of Ohio’s cities are not filled with moving vans,” he said.

But it was Justice Sonia Sotomayor, in a separate dissent, who got to the heart of the matter. Writing for Slate, Dahlia Lithwick, looked at her dissent:

Sotomayor notes that the majority’s reading of the federal statutes “entirely ignores the history of voter suppression against which the NVRA was enacted and upholds a program that appears to further the very disenfranchisement of minority and low-income voters that Congress set out to eradicate.” She also takes time to explain the ways in which poor, minority, and elderly voters are disproportionately apt to be purged because of the reality of their lives, including “language-access problems, mail delivery issues, inflexible work schedules, and transportation issues.”

As many who care about voter rights and fear the discrimination that this ruling could portend, Sotomayor may have pointed to some ways to fight back. Justice Sotomayor indicated that another provision of the Motor Voter law requires that any removal program “be uniform, nondiscriminatory, and in compliance with the Voting Rights Act.” If more states enact laws like Ohio’s, it will become apparent that these laws have discriminatory effects. For those who fear this Supreme Court decision may disenfranchise the poor, the elderly, minorities, and people of color, this will be the opportunity to move to change these laws within their states. In the meantime, it will be important to stand now as watchdogs and supporters of those most likely to feel the brunt of this decision and protect their right to actually vote with as much zeal as we protect their right to register to vote.—Carole Levine