The Surprising Viral Success of #RedForEd in Defending Public Education 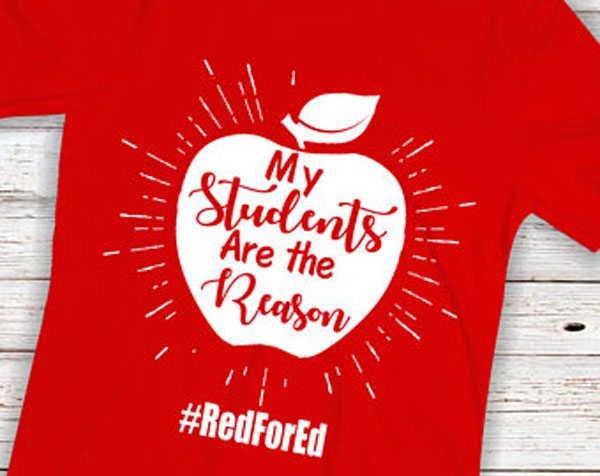 Teacher strikes are moving from east to west across the US. From West Virginia and Kentucky, to Oklahoma, and now Colorado and Arizona, educators are swarming state capitals to say “enough.” Enough with salaries that start low and stay there; enough with leaky ceilings and outdated textbooks; enough with classrooms that contain more students and fewer resources every year.

Teacher salaries and school funding have seen drastic cuts in both states. Kerrie Dallman, Colorado Education Association President, told USA Today that thanks to a cost-cutting policy called the “negative factor,” which cut funding to rural districts, districts with high populations of at-risk students, and districts with a high cost of living (like resort towns), underfunding for those districts alone is “$822 million a year, $6.6 billion total for the past decade.” According to data released by the Arizona School Personnel Administrators Association and ASU’s Morrison Institute, Arizona has a billion-dollar school funding deficit.

The movements in Arizona and Colorado, like their predecessors in other states, are about fiscal policy that has been eating away at education funding for decades, especially since the Great Recession in 2008. The National Education Association reports that about 45 percent of school funding comes from states, about 45 percent from the local districts, and the rest from the federal government, so state and local fiscal attitudes can determine the fate of schools. Alvin Chang writes for Vox,

The root of these education cuts started decades ago, when state legislators gave tax cuts to the wealthy and corporations during times of economic prosperity. The hope was that it would spur economic growth—but that growth never came. When the economy turned south, states needed to raise more revenue.

But conservative lawmakers refused to raise taxes; they just cut spending. And because education often takes up the largest portion of state budgets, schools were hit especially hard.

Now that schools are in crisis mode, conservative lawmakers and interest groups are accusing teachers of ulterior motives, greed, and breach of contract. But the teachers have held that they are fighting for their students. “We’re frustrated. It’s frustrating. How can you tell a kid education is so important when everything that our leaders do say otherwise?” asked Stacy Masciangelo, a teacher in Mesa, Arizona.

Representative Isela Blanc said, “This is not a crisis made overnight. It is a crisis of over close to two decades.”

Lily Eskelsen Garcia, president of the National Education Association, supported the teachers’ claim that the years of conservative fiscal policy had taken their toll. She told ABC News,

The teachers are fighting to restore the idea that quality schools don’t come cheap. In Arizona, USA Today reported that teachers are asking for “20 percent teacher pay raises, competitive pay for support staff such as bus drivers and paraprofessionals, and restoring the $1 billion in state money for education that has been cut since the recession.” Governor Doug Ducey offered them the pay raise by 2020 without the other conditions, which could be accomplished without raising taxes, and they refused.

Irene Vasquez, a math teacher in Phoenix, said, “In order to keep my job teaching, I’ve had to downsize my home so I could still afford to teach. I’ve never not had a part-time job.”

The Colorado and Arizona strikes differ in form, if not in spirit. In Colorado, about 10,000 teachers took personal days or sick days to protest, affecting about 90,000 students. Because the Colorado state legislature can’t raise taxes without asking the voters, they want a ballot initiative that will raise taxes on corporations and those making more than $150,000 per year. Their draft initiative also requires input from educators on education spending and doesn’t permit any new corporate tax breaks until funding is restored to pre-recession levels. NPQ has previously covered why corporate tax breaks are not actually a viable vehicle for building community wealth. Colorado governor John Hickenlooper told the teachers, “We see you. We hear you. We are working with you, not just today.” Unsurprisingly, they were not satisfied.

In Arizona, 50,000 teachers marched on the capitol, affecting about 1.3 million students. Some took personal days, and some districts closed so teachers could march. Arizona’s is a wildcat strike, or one not authorized by the union because it violates collective bargaining rules, but the Arizona Education Association has been supportive of the movement, known as #RedForEd. When teachers arrived at the capitol on Thursday, lawmakers recessed until Monday, hoping to avoid confrontation. Joe Thomas, president of the Arizona Education Association, remarked, “I think we have to come back Monday because they closed shop and ran away from us yesterday, and we have to show them that they don’t get to run away from our students.” They did indeed come back on Monday.

This despite the fact that the Goldwater Institute, a “free-market public policy research and litigation organization,” has threatened to sue Arizona teachers and school districts. Timothy Sandefur, an attorney for Goldwater, said, “Public school teachers in Arizona have no legal right to strike, and their contracts require that they report to work as they agreed.” A letter to superintendents obtained by the Arizona Daily Star claimed that districts closed as part of “a coordinated plan to allow public school employees to refuse to report for duty or to discharge their contractual obligations.” Controversy has arisen over whether the movement is a strike, a movement against employers to force a specific action, or a protest, to enlighten the public about an area of policy. Governor Ducey commented through an aide, “We are interested in solutions, not lawsuits.” Nevertheless, Representative Kelley Townsend made a separate threat of a class-action lawsuit.

However, teacher Stacy Masciangelo told USA Today, “I’ve been pleasantly surprised. It’s incredible the support we’re getting from the community itself. Whenever I have my #RedForEd shirt on and I’m out just doing daily stuff, I’m getting stopped constantly by people saying we support you.”

Governor Ducey pledged $371 million over the next five years for infrastructure and resources, but the teachers aren’t buying it without a dedicated funding source. “We have a press release and a tweet from the governor. We have no bill. We have no deal. The devil is in the details,” said a statement from the Arizona Education Association. “We do know how to do our homework,” added Eskelsen Garcia.—Erin Rubin

More about: Teacher protests and strikes 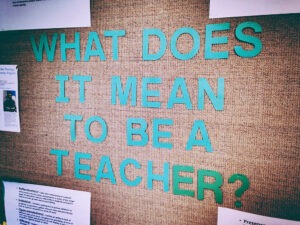 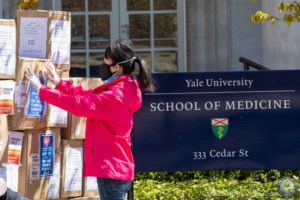 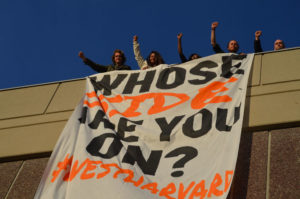 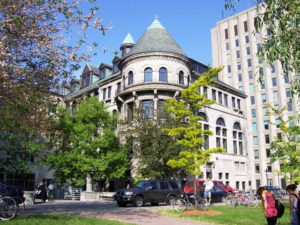 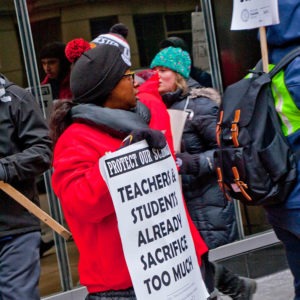 US Colleges and Universities Reveal a Range of Plans for...