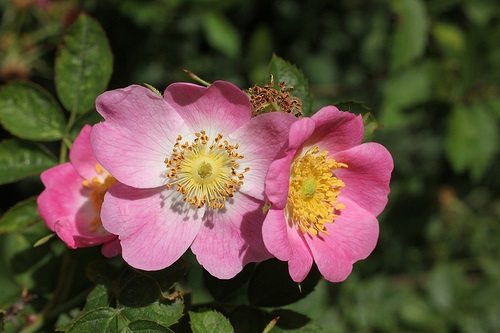 Even after the court decided that Sweet Briar supporters should be given a chance to save the college, many suggested the task might be made impossible by the atrophy suffered in the relatively lengthy period between when the former board voted to close the college and when the court intervened late last month. Students would have made plans to go elsewhere, some said, as would some key faculty; momentum would have been lost.

Over the course of twelve days, the brand new board of Sweet Briar College has met three times, including yesterday via teleconference, to make the decisions required to try to keep the college open. Again, one of the most immediate variables that needed to be dealt with was enrollment. The student body dropped to a low of around 510 last year, and the new regime was unsure how many students would enroll or re-enroll after the college’s former board voted to close the college last March—and after the ensuing struggle, where the outcome was iffy.

But now the board has part of its answer: Although it’s not a final count, 300 new and returning students are already committed to enroll this fall. The board has decided to retain the previous year’s tuition rate and is expediting financial aid decisions to facilitate entry.

The press release sent out by Saving Sweet Briar states that “returning students include the student government president, each of the underclassman class presidents, freshmen class Presidential Scholarship candidates and new applicants.”

“Not surprisingly, we are getting our very best students back,” stated Sweet Briar College President Phillip Stone in the release. “These are students that have many choices, and they are choosing to come back to Sweet Briar. The nearly 300 students that have indicated they will return is our new starting point. We intend to move up from there.”

Additionally, the board voted unanimously to recall Sweet Briar’s nearly 70-year-old junior-year abroad programs from Hollins University. “We expect to cooperate with Hollins in this year’s Junior Year Abroad programs for the benefit of students and all involved, but we will return these programs to their home base at Sweet Briar next year and thereafter,” said President Stone, who has previously expressed that the programs are one of the school’s distinguishing factors and an important selling point

NPQ will continue to report on this situation, as the aftermath of the struggle for the future of the school is hardly over. Tracking the new activist board’s decision making in remaking Sweet Briar will be equally as interesting and dramatic as the struggle for court approval of the retaking of the school.—Ruth McCambridge

Correction: This newswire has been altered from its original form. In recounting the number of enrolled students at Sweet Briar last year, the source we used was out of date. The number has been updated to reflect better data.