Lessons from an Expat Aid Worker

Here is an excerpt from Letters Left Unsent:

Aid and development workers are notorious for being self-righteous and smug. While I do not care for those labels, I also know that there’s some basis to them. We, and I include myself, sometimes wear our genteel poverty as a badge of honor. We are not like our materialist peers in the for-profit sector. We are on the right sides of all the issues. We are making a difference. We sit in the comfort of our homes and offices, whether in suburban America, spotlessly clean Europe, or upscale neighborhoods and apartment complexes in places we call “the field,” and we dole out paltry amounts of relief into a desert of human suffering. I do not mean to say that we must be endlessly self-critical. There’s danger in that as well. I truly believe that the work we do accomplishes good. Real, objective good. But I am challenged to remain in a state of confident humility.

Those are the words of a veteran aid worker, who writes under the pseudonym, J. In his latest book, Letters Left Unsent, J. offers personal reflections about the complexities of international aid as well as the personal challenges faced by long-term aid workers like himself. 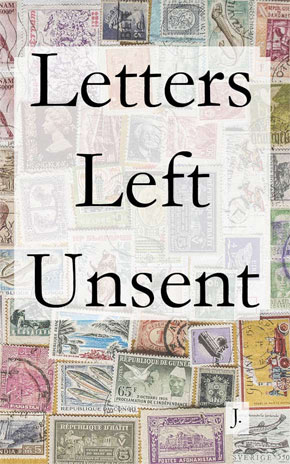 J.’s book is comprised mostly of excerpts from writings he published at his old blog about aid work, Tales from the Hood. It is filled with lessons he has learned after more than twenty years working in disaster response across the globe for a variety of aid groups. His writing is nuts and bolts (there’s a self-test for aspiring aid workers), there are rants against clueless people who want to do good (“International relief and development work is a profession, not a hobby.”) and he shares deeply personal reflections about his own imperfect journey as an aid worker, like this one, written a month into an assignment in post-quake Haiti:

I surely did my own share of whining in the early days after the earthquake about the fact that there was really nothing for the response team to eat except granola bars, Guinness, and occasionally Pringles. But after reading survey after survey after survey where respondents had had but a single meal in the past day, where weakness, dizziness, and blurred vision from hunger were repeatedly given as reasons people couldn’t work, couldn’t make the walk to the hospital, or couldn’t repair their damaged houses, I felt acutely ashamed for having grumbled so.

J. still works in international aid so he says writing under his real name would hamper his ability to be as candid as he wants to be. “It seemed like it would curtail me from saying what I actually wanted,” he told me. “I want what I say to stand on its own.”

You can find J’s unfiltered thoughts about the world of international aid at the satirical blog Stuff Expat Aid Workers Like, which he co-founded, and at his new blog Aid Source.