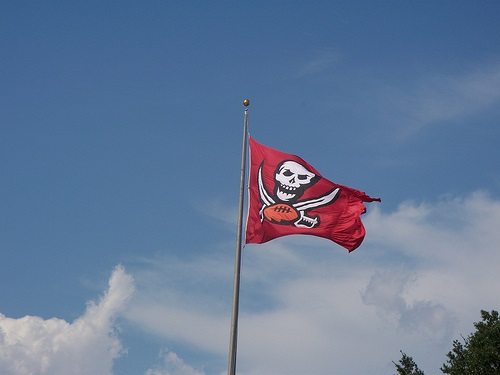 Earlier this month, the Tampa Bay Buccaneers football team severed its relationship with New Beginnings after learning that the homeless organization sent its residents to work without pay at concessions stands at the Bucs’ Raymond James Stadium in exchange for receiving shelter. Two days before that, the Tampa Bay Rays baseball team and the outsourced company that runs its concession stand, Centerplate, also parted ways with New Beginnings. At New Beginnings, the program is regarded as a “work therapy” program that helps “work off their $600 monthly rent” and adds income for their program.

In addition to losing the contracts, New Beginnings may have to worry about legal action. Congresswoman Kathy Castor’s office “confirmed that she has asked the federal Department of Labor to consider investigating New Beginnings” with the backing of Hillsborough County Commissioner Kevin Beckner, who regarded the New Beginnings program as “legal human trafficking.” The New Beginnings CEO, Tom Atchison, expressed disappointment in losing the support of both the Bucs and Rays while also voicing openness for a federal probe—even stating that he hopes an investigation could be expedited.

While the case of New Beginnings is concerning, the organization is part of a larger issue with stadiums using nonprofits and volunteer labor to fill concession stand roles. For example, as outlined in an article by the Tampa Bay Times, the local Knights of Columbus takes home between $600 and $1500 a game; in 2013, they earned $21,000 for the year, an all-time high for the organization. Payment is gleaned through the sales receipts at the concession stand, as seen in the example of one of the largest concession stand organizations, Aramark, who “pays nonprofits 10 percent of food and nonalcoholic beverage sales and 6 percent of alcoholic beverage sales, with a minimum payment of $40 to $85 per volunteer, depending on the type of concessions stand.” Aramark closed with $13.5 billion in revenue for 2012.

While nonprofits and their for-profit partners might be content with the relationship, according to legal authorities, the program might be illegal. According to the Tampa Bay Times article, a number of legal experts contacted “expressed surprise when told how heavily concessions companies rely on volunteers.” Catherine Ruckelshaus, general counsel for the National Employment Law Project, expressed her belief that a for-profit could not “outsource their workers to a nonprofit and thereby shield themselves from their responsibilities under the Fair Labor Standards Act.” The cited experts agreed that when nonprofits have volunteers work on their behalf to generate income for for-profit companies, the relationship and labor practice falls “into a gray area.”

One well-known program could be a resource for Tampa Bay’s challenged stadium efforts. Juma Ventures is a nationally regarded youth development program that long ago created a social enterprise relationship with stadiums in several locations throughout the United States. Since 1993, Juma has “created more than 3,000 jobs for enterprising college-bound youth, generating more than $25 million in earned income to leverage donor investments for maximum impact.” In 2013, Juma’s social enterprises earned $2.49 million in revenue while also seeing other successful impacts achieved: Juma employed 685 students at its social enterprises in San Francisco, Oakland, San Diego, Seattle, and New Orleans, and these 685 students worked 464 events, earning more than $1,000,000 in wages and saving more than $238,000 for college while “learning valuable, hands-on lessons in money management, sales techniques, and communication.”—John Brothers