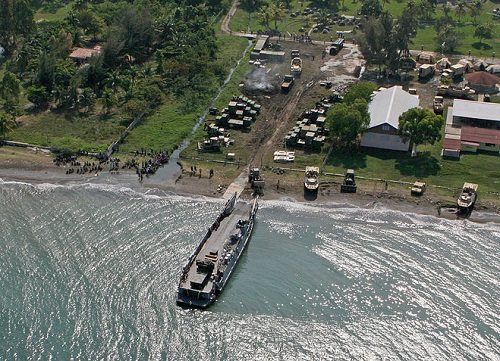 For some years, Forbes has been tracking problems with the massive overpricing of donated goods in what’s apparently something of a scam designed to make some organizations look bigger and more efficient than they are.

NPQ has reported on this issue before, as far back as November of 2012:

The problem, according to World Help, is that they had accepted medical supplies from Direct Relief International. Both in the shipping documents and on its own tax return, Direct Relief recorded the value of the goods at $3.3 million. But the documentation, once it reached World Help, marked the medication up by 3,100 percent, to $106 million. It somewhat defies credulity that the organization’s own checks and balances would not have surfaced this issue earlier. A spokesperson said that the documentation had been tampered with when they got it.

Ironically, both World Help and Direct Relief were listed by Forbes as among the country’s 100 largest nonprofits last year, but it is Forbes which has been consistently investigating nonprofits regarding the overvaluation of in-kind gifts. Forbes estimates that approximately a quarter of the charities on their own list of the top 100 charities report receiving a good amount of their contributed income through in-kind gifts. Earlier this month, Forbes reported that they were picking up signs that regulators were cooking up a multi-juristictional task force to address the issue.

Many of the overvalued goods are purportedly sent overseas.

Now, the Tampa Bay Times and the Center for Investigative Reporting have done a joint investigation into “charitable” shipments to Guatemala from diabetes-related and disabled veterans groups in Florida, a conservative political action group in D.C., and a direct assistance cancer charity in Tennessee. Their missions varied widely, but this article says that what they had in common was that they all had high overhead costs and more than half of them rely on expensive professional solicitors.

Located in South Carolina, Charity Services International acts as an intermediary for other nonprofits, accumulating donated goods from medicine to candy, coordinating shipping abroad, and filling out the reports required by a nonprofit’s auditor and the IRS. In 2010 alone, Charity Services coordinated approximately 50 shipments valued at almost $110 million, and most of it went to Guatemala.

Despite their centrality to the practice, Roy Tidwell, the owner and president of Charity Services International, described their facilitation as “logistics” services. “Each charity has the responsibility to assign value to donations,” Tidwell said.

But Charity Services was clear about its intent; according to the Tampa Bay Times, its website from 2010 advertised, “Reduce fundraising percentages by booking large gift values for a low service fee.” (Currently, the Charity Services’ website repeats in several places that it “does not provide any fundraising services or fundraising counsel. No services or information mentioned on this site should be considered fundraising, accounting or legal advice or counsel in any manner.”)

And they did, in fact, ship goods to Guatemala on behalf of its charity clients in 2010, according to customs documents. But apparently no one checks what is in the shipment—“not even the charity that claims credit for the donated goods. They rely on inventory statements provided by Charity Services.”

When the reporters conducting the investigation asked the 15 charities involved in the $40 million worth of shipments (as reported to the IRS) to provide inventories of what they shipped, “the charities either did not respond or insisted they had sufficient documentation to support the values reported to the IRS.”

So the reporters then went to Guatemala to locate the Sovereign Order of Malta, which was listed as receiving most of the shipments. The Order is international, but has operations in Guatemala. At the run-down building listed on its website, reporters were told that the Order had moved out five years ago. Another address provided by one of the Order’s secretaries was on the eighth floor of a high-rise, where there was indeed a large crest for the Order of Malta emblazoned on the wall, but the enterprise was a water company.

You get the picture. It is all very reminiscent of Tampa Bay’s investigation into US Navy Veterans, which culminated in the conviction of Bobby Thompson this past year. Further investigation on the real value of shipments of goods in kind is long overdue, and we are pleased that this collaborative investigative group is on the case.—Ruth McCambridge