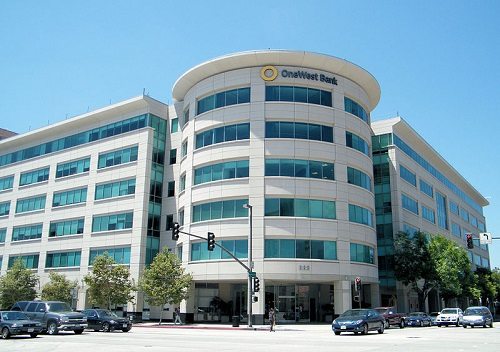 Some readers might wonder what is of interest in any way at all to nonprofits about the protests against CIT Group’s proposed acquisition of OneWest Bank. It isn’t just that the lead entity in the protest, the California Reinvestment Coalition, with some 300 organizational members, is a longtime effective advocate on behalf of low-income communities and communities of color—and NPQ likes calling attention to examples of effective and powerful nonprofit advocacy. In the case of OneWest Bank, it is the intersection of a couple of America’s highest profile philanthropists and donors with substantial governmental subsidies (read: money from taxpayers) that may be resulting in a very questionable deal.

Based in Pasadena, California, OneWest Bank began only five years ago, in 2009, when investors (largely from hedge funds) purchased the assets of IndyMac Bank, which during the Great Recession had been one of the nation’s highest profile bank failures. Heavily invested in subprime mortgage loans in California and Florida, IndyMac had been formed by Countrywide’s Angelo Mozilo two decades earlier to serve as a secondary market of sorts for Countrywide loans that couldn’t be sold to Fannie Mae or Freddie Mac, though by the beginning of this century, it was functioning as a direct mortgage lender with a strong presence in single-family loans. Given its specialization in nontraditional loans in troubled housing markets, it is no surprise that IndyMac eventually found itself in Chapter 7 bankruptcy. From the ashes of IndyMac grew OneWest, a bank created by investors including philanthropist George Soros and hedge fund mogul John Paulson.

Soros is well known not only as a major political donor to largely Democratic-leaning candidates, but as the founder of the Open Society Foundations. In terms of philanthropic credentials, Paulson deserves visibility as well. Along with other Wall Streeters and cultural luminaries, Paulson is on the board of the ultra-tony 92nd Street Y (remember our coverage of Citigroup’s Sandy Weill, for whom a stock analyst did some special favors in return for Weill’s getting his twins into the Y’s preschool) which has also heavily invested a chunk of its $40 million endowment in Paulson-managed funds. He has given millions to the all-girls Spence School on the Upper East Side, where at least one of his daughters has attended and where he has served on the board of directors. Most notably in philanthropic terms, Paulson gave a huge sum, $100 million, to the Central Park Conservancy in New York to preserve and upgrade the park, which Paulson can see from his Fifth Avenue residence. In the era of private financing of public parks, that raises questions for some about the inequities involved in having billionaires selectively making park and open space choices for the public.

Paulson’s role in OneWest is in character for him. While millions of Americans were losing their homes in the subprime mortgage crisis, Paulson was making billions from betting against subprime loans. There are plenty of critics out there of Paulson’s investment practices, with strong questions about the ethics of some of his deals, but that hasn’t stopped charities from soliciting him for support or him from contributing to causes that purportedly address poverty, including his significant support for the Robin Hood Foundation.

The public sector interaction with Paulson and Soros through OneWest is that OneWest is about to be acquired by the CIT Group for $3.4 billion. The California Reinvestment Coalition is concerned with the deal because, as it learned only from a Freedom of Information Act disclosure, CIT (and, implicitly, OneWest’s owners and managers) will benefit from a $1.4 billion payment from the Federal Deposit Insurance Corporation (FDIC) in a “loss-sharing” deal that had been negotiated with the purchasers (including Soros and Paulson) of OneWest. The total FDIC deal was $2.4 billion, of which $1 billion or so has already been paid. In addition, in the deal, CIT gets to wipe out $2.3 billion in bank bailout funding it received during the recession and never paid back. These federal subsidies get backed into the value of OneWest to CIT, essentially becoming federal subsidies of the value of the bank and the return on investment that will accrue to Soros, Paulson, and other OneWest investors (including Michael Dell of Dell Computers). The investor who packaged the original OneWest acquisition of IndyMac, Steve Mnuchin, a former Goldman Sachs guy, gets to stay on at a guaranteed salary of $4.5 million. Like most of the big money people you read about, Mnuchin, too, is a philanthropist, with a family foundation (the Steven and Heather Mnuchin Foundation), a trustee of other foundations, and with service as a board member at the Los Angeles Police Foundation and the Museum of Contemporary Art.

Apparently, the sale of OneWest to CIT means that the investors who bought IndyMac will have doubled their original investment, between the proceeds of the sale and the $2 billion they have taken over the years as dividends. The California Reinvestment Coalition is asking the Federal Reserve to step in, partly because the FDIC shared-loss agreement may have actually incentivized OneWest to foreclose on homeowners rather than restructuring loans, since the FDIC was going to be paying the big subsidy. Moreover, with this deal, as with so many other bank deals during and after the recession, it seems that homeowners couldn’t be shielded by bankruptcy, but banks (IndyMac and now CIT Group) could be—and for them, failure could even be profitable.

The windfalls that will accrue to Paulson, Soros, Mnuchin, and others will increase their personal values on Forbes’ charts of millionaires and billionaires and likely be seen in their charitable and philanthropic giving. Just realize, however, how much of that philanthropy, even when devoted to anti-poverty work as Soros and Paulson might do, is both directly and indirectly subsidized by the American taxpayer.—Rick Cohen