Teachers Stun in Oklahoma Elections, as Their Opponents are Wiped Out 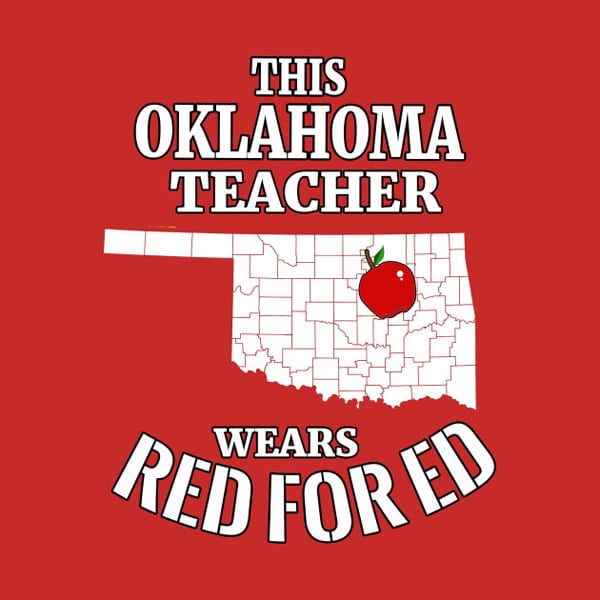 “We’ll remember this in November.” That’s a promise activists and organizers have been making all year to legislators who have ignored the voices of constituents with less access to traditional sources of power. It’s hard to make good on this promise; for example, in 2014, Congress had approval rates in the low teens, but 96 percent of House incumbents running for reelection won their races.

This year, however, things may be looking up—especially in Oklahoma. The energy evident in last spring’s #RedForEd teacher protests remains potent. In Oklahoma, where the state of public K-12 education is particularly dismal, teachers ousted legislators who voted against a tax increase to fund schools. Paul Murphy at CNN reports, “Of the 19 legislators who voted against the teacher pay bill in the state House, 15 now won’t be returning to Oklahoma City next year: Eight lost their primaries, four are not running for office and three are leaving because of term limits.”

“All over the state, we have been holding forums, town halls,” she said. “From the time we stopped the walkouts to yesterday, we have not stopped working on campaigns and elections.”

Priest added, “By us working on campaigns, we develop relationships with the legislators that are making the laws on what our salaries are.” One hundred and twelve education-related candidates ran in the primaries, and half of them won.

Teachers in other states are similarly motivated to enact change at the state level. Holly Yan at CNN reported on which states’ teachers organized protests, and what they each were able to win. Of the six states that held #RedForEd protests last spring, only Colorado’s teachers got most of what they asked for.

The momentum hasn’t gone unnoticed by the National Education Association. In partnership with local affiliates, the union has been holding trainings for teachers who want to run for office. Dubbed “See Educators Run,” the three-day trainings are fully funded, “soup-to-nuts” how-to sessions on fundraising, cold-calling, drafting talking points, and more. They are nonpartisan, but seek candidates who support predictably aligned values such as increased school funding and collective bargaining rights.

Lakilia Budeau of Kentucky told Education Week’s Sarah Schwartz that “protests across her state reinforced her notion that she could govern better than the legislators currently in office.” Other teachers seem to feel the same; 158 filed to run for state office this year, including 64 in Oklahoma.

Teachers’ grievances are well founded. Julia Manchester at The Hill reports that education investment has declined in Republican-controlled states (currently, that would be most of them, including 33 governors’ seats). The Guardian’s Erin Durkin reports that teacher salaries are down five percent compared to before the Great Recession. Brown Center on Education Policy at the Brookings Institution director Michael Hansen said, “They’re actually more qualified than they ever have been in the past, and we’re actually paying them lower.”

Teacher activism isn’t a new phenomenon; historically, teachers have advocated for better programming, equal pay and tenure, and more. Black activist teachers played, and continue to play, an enormous role in the integration of schools, diversifying curriculums, and more.

The latest wave of #RedForEd teacher activism emerges, as many movements have, from the idea that those in the classroom have a good idea of what those classrooms need. Hundreds of dedicated teachers hope to deliver a clear lesson this November.—Erin Rubin