TEDx-PennsylvaniaAvenue Hosts Paul Ryan and Others on Poverty 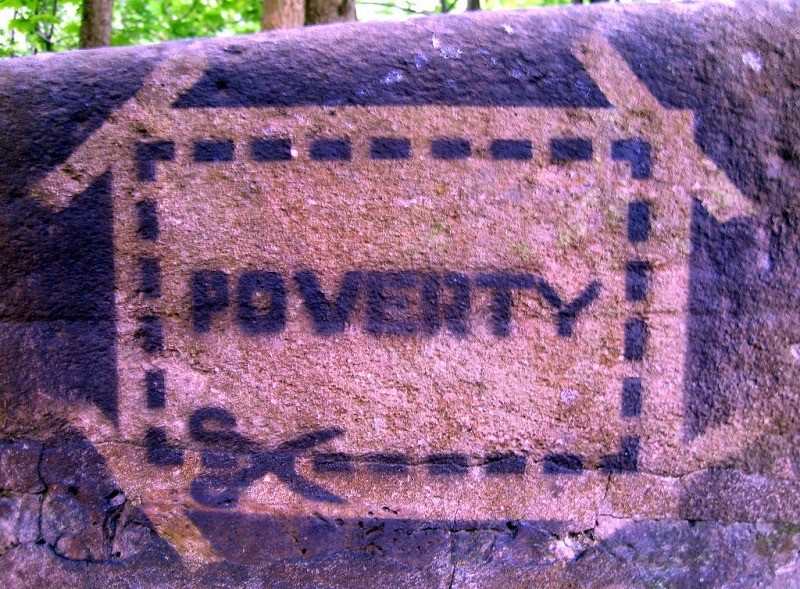 It can be a real hit or miss with TEDx talks, the independently organized TED-like talks meant to present a variety of “ideas worth spreading,” the operating theme behind TED talks in general. Some look truly fascinating, like the “Walled City” TEDx program looking at Old Delhi and New Delhi or the program recently in Philadelphia on social justice issues. Others can be a little on the “why are we bothering” side of convenings, such as the TEDx program in Dublin whose major outcome seems to have been breaking the record of the most selfies taken in three minutes, previously the achievement of actor and pro wrester Dwayne “The Rock” Johnson. We can only imagine what was produced in the TEDx talks on transparency and other topics (though speakers’ comments were not-for-attribution) that were sponsored or hosted by the Central Intelligence Agency.

The collection of speakers is decidedly multi-partisan, as are many TED and TEDx programs aimed at finding ideas that connect diverse observers as opposed to sharpening dividing lines on critical social issues. Not surprisingly, given the focus on poverty, Rep. Paul Ryan, who talked extensively about poverty during the presidential campaign and has issued blueprints for ending poverty since returning to his Budget Committee role in Congress, was a TEDx-PennsylvaniaAvenue headliner, outlining in his talk many of the themes that he articulated in his July 2014 “Expanding Opportunity in America” and his earlier “The War on Poverty: 50 Years Later,” notwithstanding the sharp and sometimes eviscerating critiques his poverty analyses received from David Frum in The Atlantic, Reihan Salam in Slate, and Elizabeth Kneebone for the Brookings Institution.

Among the excepts from his speech provided by the TEDx-PennsylvaniaAvenue communications unit are these, emphasizing his belief that governmental assistance hasn’t always helped and may have hurt poor people from climbing the economic ladder, emphasizing at the outset his belief in the uplifting role of charities that emphasize self-reliance:

“Four miles from here, in a part of town called Anacostia, there’s a shelter called the House of Help, City of Hope. Years ago, the place was boarded up. And the neighborhood was a mess. Drugs, gangs, crime were everywhere. When the utility guy came to check the meter, he needed a police escort.

“But then a woman in the community took action. Her name is Shirley Holloway. And she worked with a philanthropist, a nonprofit led by my friend Bob Woodson, and the District of Columbia to buy the building and turn it into the House of Help. They chased out the gangs. They cleared out the drugs. And now, the House of Help has served thousands of people struggling with addiction and homelessness. It goes to show what happens when the public and the private sector work together.

“They do a lot of good work. Let me give you just one example. When I went there, I met a guy named James Woods. He told me, when he was younger, he fell in with the wrong crowd. Joined a gang, sold drugs. He was a tough guy—the enforcer. He got addicted, went homeless, and went to jail. When he got out, he knew he needed to change, but he didn’t know how—till he joined the House of Help. Then he went clean, found a job, got married, turned his life around.

“The question is, why? What worked? If you asked James, he’d say one thing: Shirley Holloway. To keep him out of jail, she paid his legal fees. He promised to pay her back. But she didn’t cash his checks; she saved them. And when he got married, she turned over all the money she’d saved so he and his wife could have a nice wedding.

“Nobody had done that for him before. Nobody had put him first.”

Ryan’s point is obvious about fighting poverty: “Credibility doesn’t come in bulk. It’s small-scale. It’s gradual. It’s personal. And it is our ultimate weapon in the War on Poverty…Today, we have a safety net that catches people falling into poverty. What we need is a safety net that lifts people out of poverty—that raises their earnings potential so they can support themselves.”

As he has in his budget committee reports, Ryan decries the multiplicity of any-poverty programs, the “over 80 different programs to fill over 80 different holes in people’s budgets: health care, child care, energy, education—with almost no coordination among them” and the structure of the programs in which one loses eligibility as income rises. He calls for programs for the poor to encourage more people like Shirley Holloway and her House of Hope to deal not just with the deprivation that comes with poverty, but the isolation:

“A lot of people are cut off from the community. They don’t have the support they need to grow, whether it’s a counselor, or a teacher, or a boss. What they need is a Shirley Holloway—someone they can trust. And by discouraging work, the federal government is displacing the Shirley Holloways and isolating the poor.”

Although he didn’t delve into the details of his anti-poverty block grant proposals (“Opportunity Grants”) that generated so much consternation last year, Ryan did focus on one aspect of his recommended strategy for fixing the safety net: evidence-based policy. Sounding like President Obama’s “pragmatism” speech at the U.S. Conference of Mayors, Ryan suggested the solution was to focus on outcomes as well as inputs in federal anti-poverty strategies: “If we did that, the debates we’d have in Washington wouldn’t be between liberals and conservatives, or between Democrats and Republicans, but between what works and what doesn’t. Those are the debates we need to have. That’s how you make progress.”

There is little question that Ryan has been strongly influenced by Bob Woodson, founder of the Center for Neighborhood Enterprise, who has been known to take both liberals and conservatives to task for their empty words on fighting poverty. As we have noted before, both on the (vice) presidential campaign stump and after, Ryan has been forthright in addressing issues of poverty while most politicians clinging to poll-tested popular things mention poverty only sotto voce as they expostulate on the American middle class.

Salam called Ryan’s anti-poverty blueprint “paternalistic” but a document containing “some of the most thought-provoking ideas to have ever come from the halls of Congress, where ideas traditionally go to die.” Will the anti-poverty debate at TEDx-PennsylvaniaAvenue result in ideas that are DOA, or will the Ryan discussion keep poverty on the front burner for politicians as they make their cases for occupying 1600 Pennsylvania Avenue?—Rick Cohen