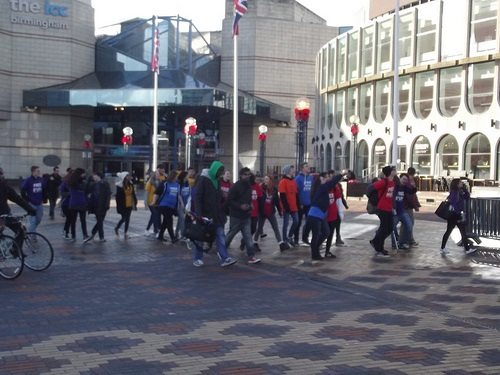 Stephen Sutton’s message to the world was, “When life gives you lemons, make lemonade. But what do you do when life gives you cancer?” He went on to answer it by starting a social media fundraising campaign that by the time of his death this week had raised over £3.6m ($6m), according to the Financial Times.

Stephen was diagnosed with cancer at age 15. However, this did not deter him from achieving success in both sports and music as a schoolboy and achieving sufficiently high exam grades to be a candidate for Cambridge University.

Last year, when told his cancer was incurable, he posted a 46-item “bucket list” on Facebook. He posted, “Some things on my bucket list include sky diving. Crowd surfing in a rubber dinghy. Playing drums in front of a huge crowd. I ended up doing it live at Wembley.”

However, it was for one of those 46 entries that he will always especially be celebrated—the one to raise £10,000 for the Teenage Cancer Trust. As time went by, his fundraising campaign went viral. He commented, “Since starting the bucket list, I’ve had people come up to me and offer to raise funds for me. To go on holiday or tick off a new item on my bucket list. But I’ve actually refused. And decided to give the money to charity instead.”

His selflessness resonated with 1 million Facebook fans and 200,000 Twitter followers. It earned him a bedside visit from the British Prime Minister, David Cameron, as well as the attention and support of other celebrities for his fundraising efforts.

However, proving the old adage that is no good deed goes unpunished, his efforts were also the focus of cynical and malicious comments on social media. When he was briefly in remission, messages posted on social media included people saying they deserved a refund and expressing doubts about the authenticity of the Sutton’s story. His tweeted responses, reported by Civil Society UK, were typical of his character

“Trolls and cynics exist. It’s a shame. But just try not to retaliate too aggressively or get too riled…

“…Like I’ve said before: On the whole people are ‘good,’ let’s concentrate on that :).”

On his Facebook page now appears this final message from his mother:

“My heart is bursting with pride but breaking with pain for my courageous, selfless, inspirational son who passed away peacefully in his sleep in the early hours of this morning, Wednesday 14th May. The ongoing support and outpouring of love for Stephen will help greatly at this difficult time, in the same way as it helped Stephen throughout his journey. We all know he will never be forgotten, his spirit will live on, in all that he achieved and shared with so many.”