Tempering Philanthropic Triumphalism: Nonprofits Give Voice to the Other New Orleans 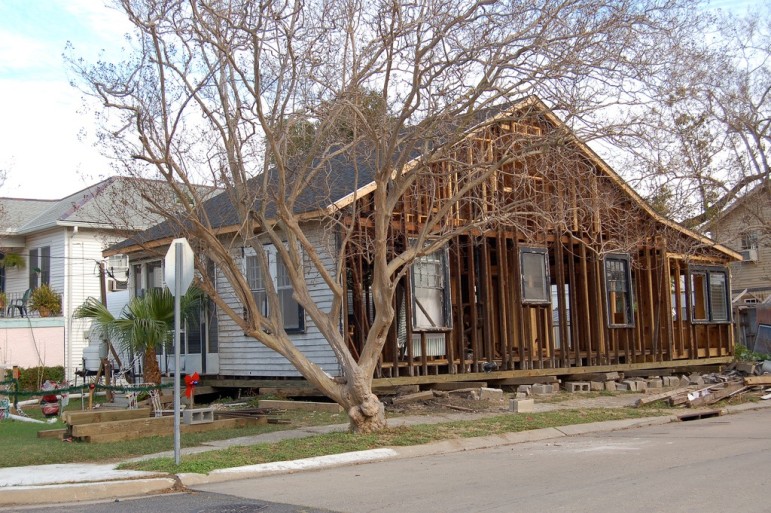 Amidst all the hoopla of the “resilience” of New Orleans ten years after Hurricane Katrina, the Mary Reynolds Babcock Foundation has done yeoman work to present a more balanced picture. It’s not the all-too-typical response of foundations (and their handmaidens) of “look at all we’ve done, though we have more to do,” but a penetrating lifting up of the work of nonprofits in holding the city’s, the state’s, and institutional philanthropy’s feet to the fire.

The nonprofits cited in the “Southern Voices” oral history project present a picture of the New Orleans recovery that is a bit at odds with what it sees as “New Orleans’ politicians…slapping themselves on the back for a job well done, clinking glasses and proclaiming the city to be better off than it was before Hurricane Katrina pummeled the coastline 10 years ago.”

The Data Center, reports the foundation, has produced an analysis—“New Orleans Index at 10”—that found improvements in the New Orleans infrastructure, due to post-Katrina funding from the federal government, and a “boom” in entrepreneurship, plus additional accomplishments in education and criminal justice and a flow of revenue to arts and culture nonprofits four times the national average. There are some observers who might question the depth and equity of the education and criminal justice accomplishments and might well suggest that funding for arts and culture reflects the city’s and the region’s banking on expanded tourism as an economic driver, a low-wage industry if there ever was one. However, the Data Center also reported, according to the foundation, that “the region scored abysmally on measures such as poverty, violent crime, incarceration rates, affordable housing and income inequality.”

Particularly hard hit are black families in New Orleans, whose median income is 20 percent less than it is for blacks elsewhere in the nation (while white household income is on a par with the nation’s). The income disparity between white and black households in the region is 54 percent compared to 40 percent nationally. The poverty rate in New Orleans is astonishingly now 27 percent.

“The stagnant post-Katrina income for the poorest New Orleanians suggests that many are not benefiting from the New Orleans economic recovery,” the Data Center report concludes.

The affordable housing crisis affecting the poor is significant. Jackie Jones of the Jeremiah Group, an advocacy organization calling for affordable housing for displaced families, said, “A house that may have cost you $500 or $600 [per month] to live in pre-Katrina, post-Katrina, you paid $2,200, $2,300—I mean, there was just no cap on what people were charging on rent because people wanted to come back and so those who were able, they came back and they could pay that high cost for rent.”

That seems to have convinced Jones and the Jeremiah Group that the dominant, if not the only affordable housing strategy that would bring people back to New Orleans would be “through homeownership, because we believe homeownership would stabilize the community.” From our analysis, Jeremiah looks like it emerged from the Industrial Areas Foundation community organizing network and, like many IAF groups, adopted homeownership as a strategy—think East Brooklyn Churches creating the nation’s first Project Nehemiah homeownership project in Brooklyn. There is nothing wrong with homeownership to be sure, but to trying to imagine that all poor households can afford the financial and family pressure of homeownership is foolhardy. Unlike middle class families, very-low-income families don’t possess financial cushions that they can tap to pay for a mortgage and utilities, even if at below market rates, in the event of situations such as losing a job, incurring a large medical bill, or facing a major home repair. Middle class families can draw on their accumulated savings or turn to other family members to get by in those circumstances, but low-income families usually can’t.

The MRBF piece also cites a group called One Voice Louisiana, which has been championing opportunities for displaced families to vote and for returnees to run for public office. “One of the most interesting memories of Katrina was trying to ensure that everyone that had been displaced would be able to participate in the elections,” said One Voice director Ashley Shelton. “It was really important because it meant that you still mattered and you still counted and that even though you weren’t here, that there was this possibility that you could come back, that we were gonna figure it out, we were gonna fix the city of New Orleans better than it was before and that you would have a place in whatever that solution was.” One Voice’s strategy appears to have emphasized providing citizens and elected officials with data and analysis on critical issues such as tax policy, health care, and the notion of a community benefits agreement.

No one is asking New Orleans to shed its “glad rags,” as one commentator reacting to our NPQ Newswire about the Katrina10 and KatrinaTruth websites suggested our coverage might have insinuated, but tempering the unwarranted triumphalism of government officials and others is an important role for nonprofits such as the Data Center, the Jeremiah Group, and One Voice Louisiana—and for foundations such as the Mary Reynolds Babcock Foundation.—Rick Cohen