Temptations of Wikipedia: A NYT Reporter Has Egg on Her Face 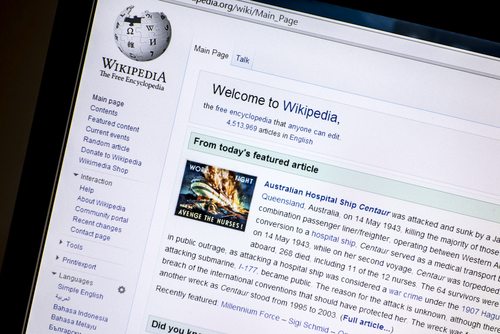 Journalism is changing rapidly, but there will, we hope, never come a time when you can use material from another source without citing where it came from, even (and maybe especially) if it is a collective product of volunteers. Apparently Wikipedia in particular has been posing a bit of a temptation to journalists.

Gawker points out that BuzzFeed’s Viral Politics editor Benny Johnson was fired late last week for plagiarism from a number of online sources, including from Wikipedia, and this week, FishbowlNY documented some uncanny similarities between an article by a New YorkTimes reporter and an entry in Wikipedia on the subject of painter Piero di Cosimo.

Here is the comparison provided by Gawker.

The article has since been changed.

Margaret Sullivan, the NYT’s Public Editor writes that there “can be little dispute” about the passage in question. “Anyone can see the similarity…The question now is whether this is an isolated case or one of many instances. The Times is taking that question seriously.” You can read Sullivan’s column here.

The New York Times reporter, Carol Vogel, has been dinged before for such stuff. But what we can’t figure out is this: Ethics aside, are these reporters unaware that the people who write those pages in Wikipedia are not only enthusiasts about the subject matter but sticklers about process? Even if you have no shame, you should have more sense!—Ruth McCambridge