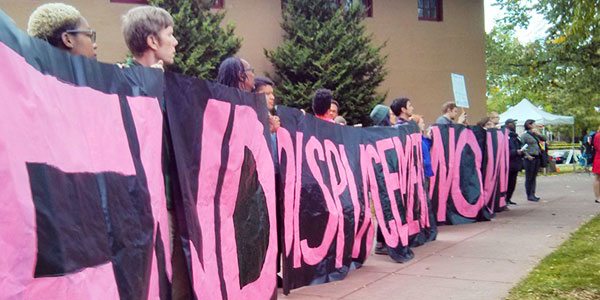 February 9, 2018; Next City and Portland Mercury

The Portland law was designed to provide relocation payments when landlords failed to renew the rental agreements of tenants who were in good standing or raised rents more than ten percent, both of which have often occurred in Portland’s hot real estate market. The law was spurred by such events as the case of a landlord who decided to more than double rents on 18 households in the Cully neighborhood, located in northeast Portland near the airport, from $600 a month to $1,250 a month, leading hundreds of neighbors to march in the streets in protest. The law passed by City Council last year insists that landlords pay moving expenses ranging from $2,900 to $4,500 depending on unit size.

The rapid growth of single-family rentals that occurred in the recovery from the Great Recession and the expansion of short-term Airbnb rentals made closing the loophole a desirable way to equalize the rental housing market, reduce tenant (voter) displacement, and stabilize neighborhoods. The definition of single-family home and condos no longer exclusively describes “mom and pop” owners.

The principle of just cause (also known as no cause or good cause) is a part of many rental agreements for federally assisted housing. The idea is that a landlord may not decline to renew or actively terminate the rental agreement of a tenant except for “good cause.” In the case of federally assisted housing, “good cause” leases protect tenants from a loss of a benefit (the subsidy) when a rental agreement is terminated. In the private rental market, “just cause” is often adopted to protect a tenant’s right to a rent control unit, but that’s not the case in Portland.

Portland’s version of “just cause” is an interesting variation of the basic principle. Under Portland’s law, no-cause terminations (or non-renewals) are permitted, but landlords must pay what amounts to a severance payment (called a “relocation benefit”) to the tenant. This “relocation benefit” was made necessary because Oregon’s state legislature has preempted local governments from enacting rent control laws. Requiring a landlord to pay for relocation is the next best protection. The twist worked—in 2017, the Portland ordinance was upheld by Oregon’s Tax Court.

If these advocates succeed, some local governments would probably expand their rent control laws. It would mark one of the first expansions in decades of the housing units covered by rent regulation, though some cities and towns have created other kinds of regulations to protect renter households in gentrifying neighborhoods as apartment rents grow faster than incomes on average nationwide.

This week, The Nation featured a story on Homes for All, a five-year-old campaign to connect tenants’ rights campaigns around the US. It profiles a number of local campaigns that are pushing to remap the legal landscape that has favored property owners for generations. The article quotes Helen Matthews of City Life in Boston as saying, “The more that we can prevent speculation in the housing market, then the easier it will be for us to help nonprofit and community organizations take property off the private market and put it in community hands.”

A social movement may be best described with an apocryphal story of a French general who, upon seeing a crowd marching down the street announced, “There goes my army. I need to get in front of it.” What the anecdote captures is the spontaneous, diverse, bottom-up nature of a social movement. Homes for All is a way to harness and coordinate these local organizations all moving in roughly the same direction toward more regulation of the landlord-tenant relationship. Homes for All is conscious of the larger impacts that could emerge. “If a horizontal and participatory movement truly emerges all across this country, tenant organizers believe the possibilities are boundless.”—Spencer Wells

What’s in a Word? Housing Policy and the Shifting Sands of “Empowerment”