That Race Conversation: Are We There Yet? 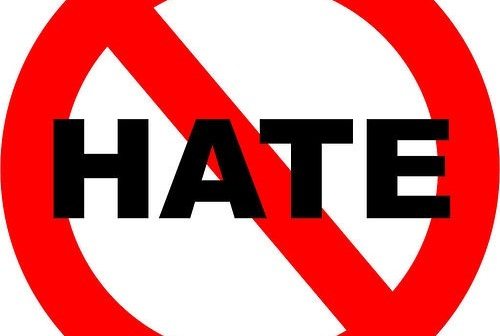 Before continuing, I want to suggest that you read the original article from which this post is drawn. It is well worth the time.

Peniel E. Joseph, founding director of the Center for the Study of Race and Democracy, writes in The Root that, “Whether or not we want to admit it, Americans are finally engaging in a national conversation about race and democracy.” He then goes on to detail how that conversation is occurring; his observations are striking and challenging of us all. He says that the conversation has no one venue—“No, this conversation has been happening week after week, month after month, all summer on the steps of the Supreme Court, in the halls of Capitol Hill and in small forums around the country”—and that it is extraordinary timing, as we approach the 50th anniversary of the March on Washington.

Joseph says the conversations have been occurring organically as Americans react to events “from Supreme Court decisions to presidential press conferences to Justice Department decrees. And each one reminds me that this is what democracy looks like when it’s working.”

Among the conversations he speaks of was one panel at the John F. Kennedy Library. “Most provocatively,” he said, “the panel analyzed how King’s famous wish for his children to ‘be judged by the content of their character rather than the color of their skin’ has been hijacked. Colorblind racism in contemporary America substitutes rhetorical equality for genuine racial justice. More perversely, it accuses those who dare to mention race of being racist.”

He talks about Obama’s admission during extemporaneous remarks that he could have been Trayvon 35 years ago, and Attorney General Eric Holder’s watershed speech at the American Bar Association about sentencing, where he candidly addressed racial and class bias, which preceded a federal judge striking down New York City’s stop-and-frisk program for being racially discriminatory. When Hillary Clinton, in an address this past month to the ABA, addressed the Supreme Court’s recent weakening of the Voting Rights Act, she said, “Anyone that says that voting discrimination is no longer a problem in elections must not be paying attention.” Clinton “acknowledged the long road yet to be traveled to ensure racial justice in the nation’s political system.”

These public conversations about racial justice from government officials, civil rights activists, and scholars are important steps in a much larger transformation that will be required to move toward the vision of racial equality and economic justice that King articulated 50 years ago in front of the Lincoln Memorial.

In the last 50 years, says Joseph, “the nation has lost its way. The fierce moral urgency and political organizing that defeated Jim Crow, secured voting rights, and pursued democracy for sharecroppers in Mississippi, autoworkers in Detroit, and welfare-rights activists in Baltimore has sagged in recent years. Civil rights-era victories thought to have been long won have come under assault by the nation’s highest court, and economic hardship has become endemic enough to be accepted as the harsh fate awaiting more than three-quarters of Americans.

Perhaps the most important theme of all these very public conversations about race and democracy can be found in their public recognition of institutional racism. In the imagined ‘postracial’ world of America in the age of Obama, this is no small victory. Racial denial marked by colorblind racism’s condescending and tragic inability to acknowledge the roots of racial disparities in life chances for American citizens is at the heart of contemporary racism. A historically informed and research-based public conversation about race matters in American life serves as a powerful reminder of the way in which the struggle for social justice can fundamentally change society by bringing America closer toward becoming a democracy that’s as good as its people deserve.”—Ruth McCambridge