The 10 Most Toxic Power Plants 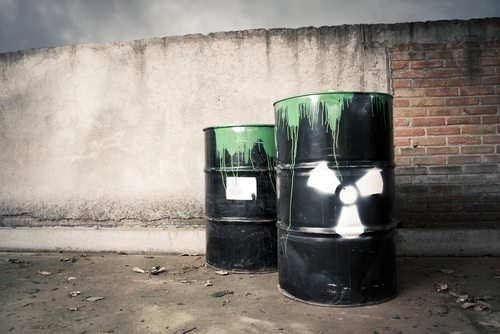 The good news in Monroe County, Ga. is that the Plant Scherer power plant is no longer the third-worst mercury pollution emitter in the U.S., as it was in 2008. In fact, Plant Scherer wasn’t on this year’s “toxic ten” list from the nonprofit Environmental Integrity Project. Mercury is a toxin that is known to cause harm to fetuses and to contribute to developmental problems in children. Mercury makes its way into waterways after it is sent into the air from power plants, which is why pregnant women are typically advised to limit their consumption of fish. How did Plant Scherer go from third-worst to falling off the list entirely? According to the Macon Telegraph, new rules to reduce emissions triggered Georgia Power, which operates Plant Scherer, to install new technology limiting emissions in 2009 and 2010.

It seems to have worked, as, according to the U.S. Environmental Protection Agency (EPA), the plant went from releasing 1,589 pounds of mercury in 2008 to 221 pounds in 2011. Jenette Gayer, policy advocate for Environment Georgia, tells the Telegraph, “There’s no doubt that this is great news for Georgia’s rivers and people who like to fish in them, since we should start seeing mercury reductions in fish very soon.”

Other plants clearly still have work to do. Here are this year’s “toxic ten,” as reported by the Environmental Integrity Project, based on EPA data:

The Environmental Integrity Project notes, “Together, these ten facilities account for about 18 percent of mercury emissions from coal burning power plants in 2011.” As we’ve seen in Georgia, the technology to decrease mercury emissions exists and it appears to work well.

This type of monitoring (be it in the realm of environmental protection, human rights, government transparency, violence against journalists, adequacy of state-based mental health systems, etc.), is one of the most valuable contributions nonprofits make to civil society. If done well, this kind of information provides roadmaps for action. In this case, part of that action might be to get Texas foundations and government to focus more acutely on addressing the state’s overrepresentation on this list. –Mike Keefe-Feldman