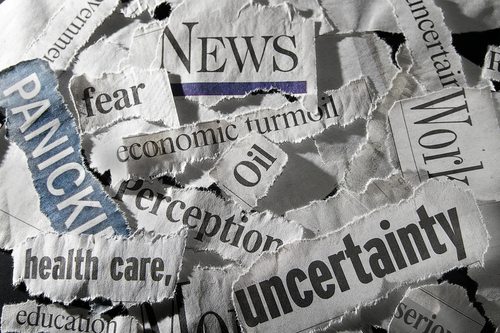 Steven Waldman has a great review of Dean Starkman’s new book, The Watchdog That Didn’t Bark: The Financial Crisis and the Disappearance of Investigative Journalism in the latest issue of the Washington Monthly. Starkman argues that the mainstream press blew it on coverage of the economy in the years (2004-2006) leading up to the Great Recession “when the subprime market was exploding and something could still have been done to avoid the collapse.”

Describing Starkman’s theme, Waldman writes, “For the most part, reporters didn’t understand the subprime mortgage industry—nor did they understand that it was based on fraud.”

“What the reporting failed to see was that the real danger was not in shoddy consumer products per se,” wrote Starkman, “but in institutionalized, systemic corruption based on misaligned incentives to put as many of the most vulnerable borrowers into loans under the most onerous terms.”

Waldman underscores the importance of a kind of journalism that’s sometimes underutilized: “accountability journalism,” a function that Dan Froomkin, the former Washington Post writer, describes as “fight[ing] misinformation and hold[ing] the powerful accountable.” Starkman’s most important point may be that in the years leading up to the Great Recession, when regulatory restraints on financial institutions were being pulled back, accountability journalism also receded. Observing that “accountability journalism is not countercyclical,” Waldman writes, “When regulators pull back it makes journalists’ jobs infinitely harder, and vice versa. They tend, therefore, to do less just when they should be doing more.”

That has real implications for news outlets like ours. Do Nonprofit Quarterly and other nonprofit journals covering charity and philanthropy do enough to “fight misinformation and hold the powerful accountable?” Or, in the absence of much regulatory vigor on the part of IRS and capacities among state AGs, does the media that covers nonprofits also retreat from challenging the reams of misinformation produced and disseminated by the powerful in our industry?

A potential weakness in Starkman’s analysis is that he doesn’t hold much faith in online media, though the lead-up to the Great Recession may have predated the huge explosion in Twitter and various online news curators and aggregators. Waldman, in contrast, has great faith in the potential accountability journalism coverage possibilities of the “new media ecosystem,” suggesting that mixing journalism and social media, top down and bottom up…can be very effective at making good journalism more impactful.”

But online news sites and news aggregators like us can screw up our accountability journalism opportunities as well. “Would those same stories [about the economy] have gotten more traction now because of this new [new media] amplification sector?” Waldman asks. “Or would they have been crowded out by lists of ‘Betty White and Animals’ or ‘Cats Who Think They’re Sushi’?”

We nonprofits have our own varieties of cat sushi articles, which often squeeze out more serious accountability coverage. Waldman’s review and Starkman’s book appear to be important reading for us in the nonprofit media.—Rick Cohen