The American Repertory Theater at Harvard Revives and Entertains 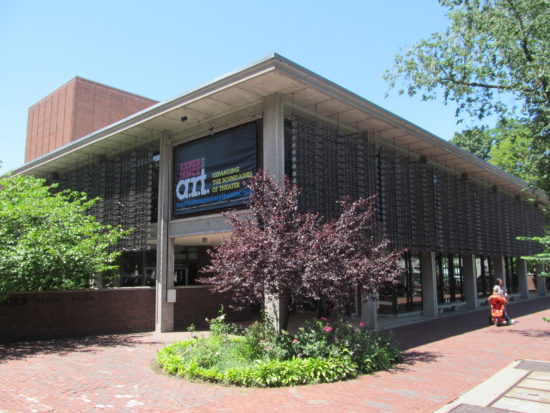 Back in May, NPQ’s nonprofit newswire examined the success of three Boston-based arts groups. One of them, the American Repertory Theater (A.R.T.), a professional theater on the campus of Harvard University, deserves a closer look.

The past several years have marked a revival for the Cambridge theater, which in 2008 was mired in financial and artistic distress. Since then, the ART has doubled its revenue as it launched 10 plays and musicals that ended up in New York, a record pace for the theater. The shows have won a bevy of Tony awards, notice that’s led to regular sellouts of its 534-seat Loeb Drama Center.

Harvard still controls the arts organization and supports it financially. Robert Brustein, the former head of the Yale Repertory Theatre, founded the theater in 1980 and served as artistic director until 2002. Robert Woodruff succeeded him. According to the Boston Globe, his tenure ended badly, with his being fired in 2007.

By July 2008, the ART had operating losses of $4.7 million over three years. The next year, it lost $6 million, as investments managed by the Harvard endowment went south. Net assets dropped 36 percent over the period, to $13 million.

“The ART was not going to be financially viable,” said Steven Hyman, who at the time was Harvard provost and vice chairman of the theater.

A search committee hired Diane Paulus as artistic director in 2008. Diane Quinn (former senior executive at Cirque du Soleil) serves as executive director. Like a musical’s opening number, this new team signaled to its audience and to the world what the A.R.T. would be all about and how it would work going forward. The expectations they created were fulfilled over the course of each new performance. For the first year in a decade, the theater did not lose money in 2014. Reconstituting the board of trustees and a series of popular shows led to the theater’s steady renewal.

The A.R.T. knows what it wants, but what it seeks is hard to get and harder still to sustain. “I want the work to get better,” Quinn said. “What if the work doesn’t stay good?” she asked, revealing a question that keeps her up at night. “Everybody expects a high level of production.”

Beth Healy for the Boston Globe reports, as some of those commenting on her article express, complaints that the A.R.T. has become too commercial, that a theater connected to a university should be more adventurous and provocative. However, given the A.R.T.’s troubled history, that kind of ego intruding on the art apparently didn’t work before and would not likely work today. The A.R.T.’s audiences pay to be entertained (not for self-improvement). Instead of leaving patrons bored and bewildered as they exit the theatre, the A.R.T.’s 2016-17 Season is curated to sell and to please.

Today, almost every A.R.T. show sells out. “They trust her choices, they trust the aesthetic,’’ Quinn said of Paulus. “You can’t put a dollar value on that.”—James Schaffer