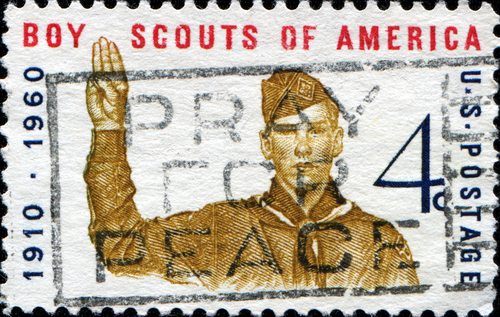 The Boy Scouts of America’s (BSA) attempt to self-police its ranks for sexual molesters has failed, and many chapters reportedly did not respond to allegations in an appropriate way. The BSA has reportedly moved sexual predators from troop to troop, allowing them to remain with the Boy Scouts after sexual misconduct allegations and, in some cases, convictions. In some instances, the BSA failed to check what it calls its “perversion files” for sexual predators dismissed from the Boy Scout ranks. As a result, it ended up rehiring as staff or volunteers pedophiles that it had expelled. To be fair, the Boy Scouts of America issued a public apologia saying that “even a single instance of abuse is unacceptable, and we regret there have been times when the BSA’s best efforts to protect children were insufficient.” That’s a fine sentiment, but words cannot allay the concerns about such actions.

According to the Los Angeles Times, which broke this story, “In anticipation of the release, attorneys for the Boy Scouts conducted an informal review of 829 of the files, saying they sought to put the contents in perspective. The Scouts said the review found 175 instances in which the files prevented men who’d been banned for alleged abuse from reentering the program.” The Times reviewed 1,200 files in total. Read the article in the Times, written by Jason Felch and Kim Christensen, for an absolutely chilling summary of the files, or if you have the stomach, read some of the actual files themselves.

How many incidents of sexual abuse have occurred within the Boy Scouts, documented in their perversion files? Sadly, the answer is not a mere handful. There were reportedly scores of instances in which Boy Scout troopmasters and volunteers abused their young wards, truly scarring them for life. As in the trial of Second Mile/Penn State former leader/football coach Jerry Sandusky, the victims may, for the most part, be fully grown men, now holding jobs, having babies, and looking much like the rest of us—except for their harboring the effects of having been abused as children by someone in a position of power.

In the aforementioned Sandusky situation, former FBI head Louis Freeh’s report on Penn State demonstrated institutional culpability. Actions could have been taken to stop Sandusky from abusing adolescents and teenagers under the guise of helping them, but they weren’t. Some people—the executive director of Second Mile and the president of Penn State, along with Penn State’s now deceased football coach, Joe Paterno—gave up or lost their jobs, and a couple of officials at Penn State are charged with perjury, although there are reports that those charges may be dropped.

Maybe we missed the headline, but who at the Boy Scouts took a perp walk for having failed to report some of its troopmaster pedophiles to the authorities? Who should be held responsible by the parents of these boys for having not only failed to press charges against their troop leaders, but for having moved them from troop to troop, perhaps because of computer and clerical errors, as alleged by the Scouts, although there is some speculation that the moves were made to dampen potential damage to the organization’s reputation.

The only case comparable in geographic reach and institutional whitewashing has to be the sexual predators uncovered in the Catholic Church. The Church hierarchy hid the problem of sexual abuse in its midst and ignored sexual abuse charges, failing to report such allegations to the authorities and, similar to the Boy Scouts, moving predators around from location to unsuspecting location. While the Catholic Church has had to deal with dozens of civil suits, paying out probably $3 billion to aggrieved victims and families, how many sexual predators from within the church have gone to jail to pay for their crimes? The only U.S. priest jailed for his role in covering up the scandalous relocation of abusers and stonewalling victims has been Msgr. William Lynn of Philadelphia, a former aide to the late Cardinal Anthony J. Bevilacqua.

We don’t know what the appropriate punishment and treatment for the abusive troopmasters or priests—or, for that matter, Jerry Sandusky—really ought to be. That’s a matter for the courts and experts in the psychology of abuse. But we do know that the behavior of leaders of institutions made it possible for predators to continue their heinous behaviors in some cases. Msgr. Lynn is but one example. At the Boy Scouts and elsewhere, in matters such as these, pious statements of concern do not undo the institutional agendas that allowed abuse to happen.

Another question arises: how is it that two of the most homophobic institutions in this nation—the Boy Scouts and the Catholic Church—end up as poster children for the harboring of sexual predators? Remember, just last month, the Boy Scouts issued an emphatic reaffirmation of its position to exclude gays from scouthood. Officially, the exclusion is against “open or avowed homosexuals,” implying that perhaps the Boy Scouts would be willing to tolerate a military-like don’t-ask-don’t-tell policy, except that the virulent support that the Boy Scouts get from anti-gay organizations makes this a difficult scenario to imagine. Even the reaction of some scouts that have returned their badges hasn’t deterred the BSA in forging ahead with this policy, which is in stark contrast to the openness to gays and lesbians by the Girl Scouts and the Boys and Girls Clubs. The Girl Scouts have gone so far as to stand up for the participation of a seven-year-old transgendered child in a Girl Scout troop, but we haven’t noticed scandals involving Girl Scouts troop leaders abusing their young members.

The institutionalized homophobia of the Catholic Church has been well documented in these pages. Examples include the Church’s dictating anti-gay constraints on programming to a Chelsea, Mass. community organizing group which chose to return Catholic Campaign money rather than operate under Church strictures, threatening to shut down programs in Washington, D.C. because of the District’s approval of a gay marriage law, taking funding away from a homeless shelter because of the executive director’s personal opinions on gay marriage, fighting state approval of gay and lesbian foster parents in Illinois, and the list goes on and on. The official position of the Catholic Church stands in contrast to the opinions of many Catholics, who, according to opinion polls, are more supportive than people from other denominations of same-sex marriage and civil unions, more supportive than the general public regarding civil rights for gays and lesbians (including the right to adopt children), and significantly more likely than the general public to believe same-sex relationships are not a sin.

The BSA may be in a defensive crouch regarding its antediluvian policy on “open or avowed homosexuals,” but the Catholic Church is taking the issue to its adversaries in local and state governments and among its Campaign for Human Development grantees. To make the point clear, the U.S. Conference of Catholic Bishops is conducting an investigation of the aforementioned Girl Scouts for its beliefs that might run counter to the Catholic Church’s strictures.

There must be something about repressing a truth that engenders ever-worsening behaviors.   The more the Boy Scouts and the Catholic Church dig in their heels against gays and lesbians, the more they seem to envelop themselves in institutional behaviors of denial, irresponsibility, cover-ups, and what seems to us like criminal behavior. These are mammoth organizations. The Catholic Church is the largest religious denomination in the U.S., with close to 200 dioceses and archdioceses, 41,000 priests, a roughly equal number of combined lay ministers and ordained deacons, and, with the combined U.S. and non-U.S. Church assets, a cumulative financial wealth that might make it the single most powerful financial institution in the world.

The Boy Scouts cannot match up to the Catholic Church, but a Guidestar search reveals 13 Boy Scout organizations, not including the BSA Employees Welfare Benefit Plan, with more than $10 million in annual revenues (including the National Council with $268.9 million). The cumulative income and asset value of the various Boy Scout entities—Guidestar counts over 1,900 in a search using the term “Boy Scouts”—has to be enormous.

Next to these mammoth organizations, the power of sexual abuse victims cannot compare. They may have money on their side, but the Boy Scouts and the Catholic Church should not be allowed to get away with transferring and often rehiring—and thereby protecting—sexual abusers whose victims are often the same gender as the abuser. That these organizations simultaneously deny equal rights for gays and lesbians in loving, non-criminal, non-abusive relationships is a bitter irony.

Those of us with children entrust their well-being and safety to organizations with high-minded statements about their caring and concern for young people, organizations like the Boy Scouts of America, Jerry Sandusky’s Second Mile, or the Catholic Church. How can we better ensure that such organizations do not allow this trust to be violated?

Let’s start by affirming what we know does not work. Why has this nation forgotten the last part of Ronald Reagan’s oft-cited aphorism, “trust, but verify?” The record of self-regulation in this country and around the world is just pathetic. In case memories are short, consider these relatively recent examples of failures in self-regulation: the Libor scandal, the industry-funded National Futures Association which failed to spot the MF Global and Peregrine scandals, the financial sector’s behaviors that led to a global recession, and closer to home for the nonprofit sector, the faked job placement reports attributed to SEEDCO in New York City.

It would be silly to mistake a call for increased oversight as a demand for some sort of Orwellian electronic spy mechanisms. But a thoughtful mix of self-regulation and government regulation (as described in what I’ve referred to as “the accountability toolbox”) is required. Otherwise, leaving some charitable behemoths to their own devices means terrible results, as with the Boy Scouts leaving children as prey to predators. The pattern of failures at institutions such as those discussed above suggests that it’s time to give them no more time. That is, it would be an oversight not to bulk up public oversight significantly.