The Case for Universities Paying Reparations to Descendants of Slavery 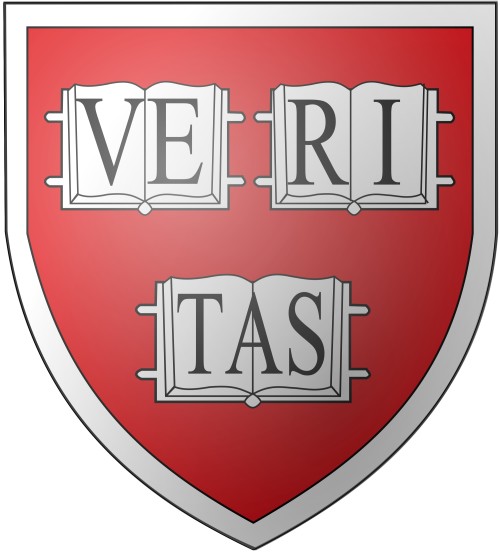 Around the country, we have been seeing cities, museums, college campuses, and other institutions consider the consequences of their histories with racism in a present-day, politically correct country wrought with racial tensions. From Princeton University to Columbia University, Brown University, and the University of Virginia, it’s significant that many universities have acknowledged their role in the perpetuation of slavery, or at least how their employees were part of the slave trade. As noted by the New York Times editorial board recently, and debated earlier in the decade, for some, like Harvard University and Georgetown University, that involvement is damaging enough that it requires paying reparations to descendants of the slaves they once bought, sold, or employed.

“In 1838, the Jesuits running the college that became Georgetown sold 272 African-American men, women and children into a hellish life on sugar plantations in the South to finance the college’s continued operation. On that fact, there is no dispute,” wrote the board. “The fact that some of their descendants have already been found makes this a particularly salient case in the emerging effort to confront one of history’s worst crimes against humanity.”

Last week, the Times ran an engrossing piece on Georgetown’s history with slavery when it was the recognized Catholic institution of the day, run by Jesuit priests. To this day, Georgetown is still a Catholic-affiliated university. As reported by the Times, the 1838 sale of slaves stands out to historians because of its large size and that it was worth $3.3 million. As opposed to other schools, whose connection to controversial or racist public figures may be only tangential, what’s so troubling about Georgetown and similar universities like Yale or Brown that participated in the slave trade is that the revenue from the sales subsidized scholarships or paid the schools’ debts. Given that some of the success of these universities today was built on the backs of slaves, it seems to some morally imperative that they repay their ethical debts to their descendants.

“At Georgetown, slavery and scholarship were inextricably linked,” wrote the board in its editorial. “When the school fell into trouble, the sale of the African-American men, women and children staved off its ruin.”

The issue of Georgetown’s slave history caught the attention of alumni after students protested last fall. At that point, alumni like Richard J. Cellini believed the university owed the slaves and their families in the face of such evidence.

“This is not a disembodied group of people, who are nameless and faceless,” said Cellini. “These are real people with real names and real descendants.”

Cellini started the nonprofit Georgetown Memory Project to track down the families and forbearers of these slaves. With eight genealogists, Cellini raised $10,000 with the help of other alumni. This project ended up joining with another one run by a historian at the university, along with several students. The Memory Project estimates there are between 12,000 to 15,000 living descendants of those 272 people that were sold.

The alumni, faculty, and students of Columbia University have undertaken similar efforts after current president Lee C. Bollinger brought the issue of Columbia’s connection to slavery to the attention of the community. Columbia’s students took it upon themselves to further research the university’s involvement in the slave trade, discovering major donors owned slave plantations, a chemistry professor in 1863 built chemical weapons for the Confederacy, and more.

As such, the Times knows well from its own coverage that Georgetown is not the only elite university in such a position, though its conduct with slaves may be among the most egregious. As we reported earlier, Harvard University has not only acknowledged its own ties with slavery but has also tried to atone for those sins, perhaps in part due to public pressure. Recently, Harvard Law School removed its seal that featured the slaveholding Royall family, which endowed the university’s first professorship of law. Harvard also put up a plaque observing that the university had four known and named slaves working in the president’s dwelling. (As we have noted, Harvard’s history slaveholding history must also be considered in light of its entrenchment in the budding eugenics movement in promoting racial purity.)

The Times editorial mentions that although the movement toward offering reparations for the descendants of American slavery has been slow moving, the reverberations of Black Lives Matter in the background may make this a prime moment to push universities past simple acknowledgement of their sordid pasts. Alumni, students, and faculty are in a position to demand change. If nothing else, by paying reparations at this time, these universities can also take the opportunity to educate the public about how slavery was not an exclusively Southern affair; in fact, states in the North did profit from and perpetuate slavery as well, as evinced by these universities’ involvement. In the particular case of Georgetown University, some may be surprised to learn the role priests and the clergy played in the slave trade.

While slavery was certainly an accepted part of life during that time, paying those reparations would be far more significant than altering names of buildings, changing university seals, or tearing down statutes of controversial figures. For the descendants, this can be a powerful moment of finding some peace for their relatives. “According to Richard Cellini, the Georgetown alumnus who established the Memory Project, some of the descendants wept openly when they were told of family histories that had been a mystery to them,” said the Times in their editorial. “The descendants want their ancestors recognized in a durable way. Some would like to see a permanent memorial on campus that honors the enslaved families, one descendant said, as ‘real people with real names.'”—Shafaq Hasan