The Charity Pajama Game: An Oh So Sorry Tale 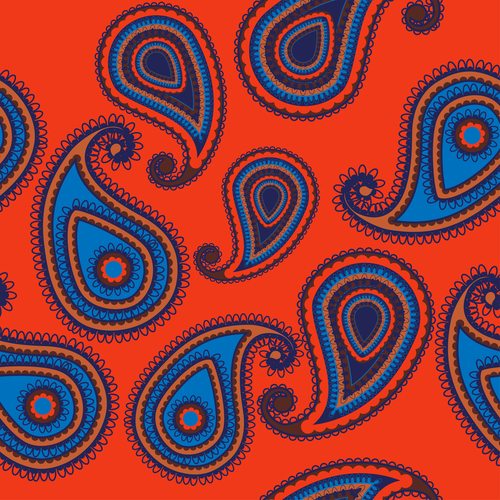 For four long, steady years after the 2010 general election, the UK charity sector enjoyed—if that is the right word—the services of a single charities minister, Nick Hurd: old Etonian, scion of a patrician political family, decent one-nation Tory with a genuine concern for the sector and green, tree-hugging tendencies. But since he bowed out in July to return to the back benches, for a cocktail of reasons which has never been satisfactorily analyzed, we’ve been treated to a tragi-comedy worthy of the Greeks. Its main features have been sex, lies, knitting and—of all things—paisley pajamas.

Hurd’s immediate replacement was one Brooks Newmark, MP for Braintree in Essex, an American who has lived in the UK since the age of nine and, like Hurd, is an Oxford graduate and former banker. He was elected in 2005 and was briefly part of the government’s team of whips, the enforcers who make sure that honorable members toe the party line and generally behave themselves. But he was given the push in 2012, reportedly because the Chief Whip felt he spent too much time on Twitter and social media. (Note that detail, the relevance of which becomes apparent later in the story.)

For the first few days after his new appointment, Newmark said all the right things. “I’ve got the best job in politics,” was one of his more ingratiating remarks. But within a couple of weeks, he demonstrated his lack of experience with a resounding gaffe that, oddly enough, had its origins in the pages of Third Sector magazine. A year ago, we interviewed the academic Gwythian Prins, a new member of the Charity Commission with traditionalist views, who had declared that charities should stay out of campaigning and “stick to their knitting.” Indulging the current penchant of Her Majesty’s right-wing press for beating up charities, the Times had, shortly before Newmark’s appointment, dug the Prins quote out of the clippings and used it in a knocking piece about charities and campaigning. And at Newmark’s first big speaking event, the same Times reporter asked him innocently if he thought charities should stick to their knitting. (You don’t get to be a reporter on the Times these days without possessing a certain amount of low cunning.)

Newmark fell headlong into the trap. He didn’t just agree with the phrase; he repeated it, adding that charities should stay out of politics and content themselves with “helping people.” Cue outrage from the sector and its leaders: The Charity Commission’s rules, of course, are that charities can pursue political change if it is in line with their charitable objectives but cannot back political parties. The sector is also particularly sensitive about the whole subject right now precisely because of attacks by Tory backbenchers and controversial recent legislation, known as the lobbying act, that obliges charities to account in detail for anything that could be construed as backing candidates during election periods. Newmark rushed out a statement the next day, saying all he meant was that charities should stay out of party politics, but the damage was already done; Twitter was fizzing with sarcasm, cheap jokes, and haughty responses such as, “I’d love to learn to knit, but actually I’m too busy trying to change the world.”

Newmark played the good sport, answering questions in parliament with phrases like “I’ve stitched together a response.” The frenzy died down a bit. Hurd tweeted that everyone should “cut Brooks some slack” (was this, in light of later events, the right phrase?) because his heart was in the right place. But then, on the eve of the Conservative Party’s annual conference, Newmark was back in the limelight, big time, rushing out an announcement that he was resigning as a minister with immediate effect because of an article that was going to appear in the following day’s Sunday Mirror.

The paper is doggedly anti-Tory, and the story was a major embarrassment for the party on its big day and an even bigger one for Newmark. It turned out that a (male) freelance reporter had been texting him posing as a “twentysomething PR girl” named Sophie Wittams who admired him greatly and was keen to meet him for a late evening drink. She sent him a nude picture (it was actually of a Swedish model who is none too pleased about this whole business), and he—in a fatal surge of vanity and naivete—responded with a picture of himself wearing red and blue paisley pajamas that were not concealing a crucial part of his anatomy. Oh, dear. Other Tory MPs, it soon turned out, had wisely resisted similar blandishments from the nubile Sophie.

The comedy soon shaded into tragedy, of course, because Newmark, aged 56, is married with five children. And two weeks later, the Sun on Sunday revealed that he possesses a pair of striped pajamas as well and had been sending similarly explicit pictures to a second woman. That prompted him to announce, in a first-person piece in the Mail on Sunday that bore all the hallmarks of the slickest PR that money could buy, that he would not be contesting his seat again at next year’s election and was immediately going into residential therapy to combat what he called “his demons.” It turns out that his peccadillos were all to do with the pressure of work, depression, and so on. His wife has moved out of the family home and the inevitable misery of all involved will now be played out in private. Do you laugh or cry?

Meanwhile, the charity sector is tentatively getting to know its second new minister in as many months—Rob Wilson, MP for Reading East, whose only previously publicized connection with the sector was complaining (unsuccessfully) to the Charity Commission about the Family and Childcare Trust using a hashtag on its Twitter account that had also been used by the Labour Party. He is being closely supervised by the Cabinet Office’s sharpest media minders and is widely regarded as something of a stop-gap pending the election in seven months time.

Readers in the U.S., with its high level of press ethics, will be asking how the Sunday Mirror can get away with what looks to many like entrapment without any real public interest dimension. The answer is…it might not. Complaints have been lodged with the Independent Press Standards Organization, which was recently set up by the industry to head off statutory regulation and is anxious to prove itself an effective guarantor of ethical behavior by the yellow press. So that’s a sequel for another day.