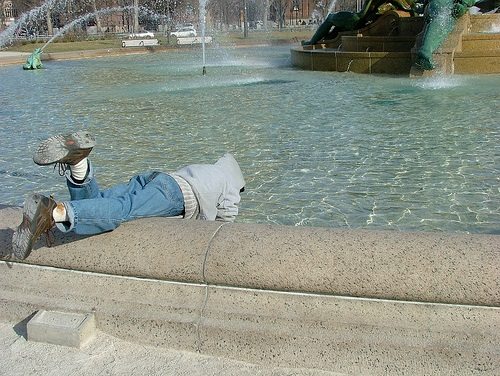 For nonprofits celebrating benchmark years, it is a pretty common strategy to link a fundraising goal to the anniversary and then add a few zeroes. A subtle way to reaffirm an organization’s stability, this strategy also offers donors a festive way to contribute to the organization’s longevity and boost them into the future. Stepping aside from this conventional logic in comical fashion, McSweeney’s, a nonprofit publishing house based in San Francisco, has instead opted to mark their 15 years as an organization with a crowdfunding campaign to raise a mere $15.

McSweeney’s campaign page emphasizes that from the start, they’ve done things their way. “In 1998, when the first issue of McSweeney’s Quarterly Concern appeared, the idea was to stick around for a year or two—to collect the very best work we could, from the finest writers working at the end of the last century, and then to disappear amid some millennial cataclysm.” Now, fifteen years later and without any hint of a cataclysm on the horizon, McSweeney’s seems surprised to be in its current position. Claiming ignorance to the crowdfunding craze and to the question of by how much they might exceed their goal, they simply answer, “We don’t know; we were raised in simpler times, when crowds were to be avoided because we were shy, and didn’t want to get separated from one another.” What can only be called an unconventional campaign video on tumblr, featuring two bearded dudes in a bathtub counting money, is the vehicle that McSweeney’s uses to announce the not-surprising news that they’ve already reached their double-digit goal.

With this buzzworthy campaign, McSweeney’s has reinforced its image (they probably would not like the word “brand”) as the same scrappy, independent entity it was fifteen years ago. “Hey, you literary, tote-bag carrying hipsters,” they seem to be saying, “no change over here on our end.” Or, in their own words, “We’re strong now, and tall, and excited to find out what we can achieve together.”—Anne Eigeman