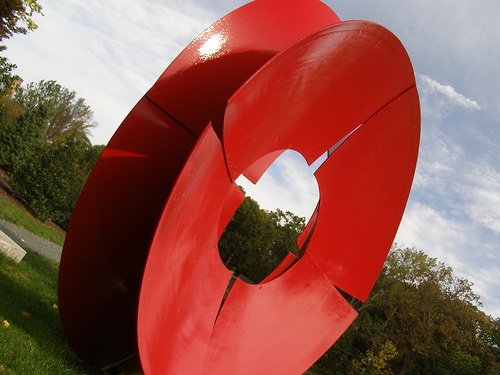 Several months ago, the Delaware Art Museum in Wilmington announced that its board of directors had unanimously voted to “deaccession”—or permanently remove from its 12,500-object collection—“up to four” works of art in order to pay off nearly $20 million in debt and replenish its endowment. In June, one painting was sold, and last week one painting and one sculpture were removed from the collection, apparently to be sold. As reported by NPR, the museum has been heavily criticized by some art-world insiders, even sanctioned by the Association of Art Museum Directors (AAMD), for breaking the rules about how and when deaccessioning can be done.

Susan Taylor, director of the New Orleans Museum of Art and current president of AAMD, says “The proceeds from the sale or funds from the deaccession can only be used to buy other works of art.” She adds, “The principle for us is that works of art shouldn’t be considered liquid assets to be converted into cash.”

But in today’s challenging fiscal environment, should these rules still apply? Or should they at least they be amended to allow for exceptions?

Marion Maneker, who publishes The Art Market Monitor, suggests it may be time to consider these questions. “Maybe the museum doesn’t need any more art,” she says, or maybe the rules make sense under normal circumstances, but not when a museum is clearly in financial trouble.

In the March news release announcing the museum’s decision, chief executive officer Mike Miller was quoted as saying: “After detailed analysis, heavy scrutiny and the exhaustion of every reasonable alternative to relieve our bond debt, the Trustees had two agonizing choices in front of them—to either sell works of art, or to close our doors. While today’s decision is certainly hard to bear, the closure of this 100-year-old museum would be, by comparison, unbearable.”

The museum board aims to raise $30 million to cover the debt from a major expansion that was completed just ahead of the Great Recession and to build back its endowment to once again put the institution on sound financial footing. The organization has already made staff cuts and has been trying for five years to find other ways to pay down the debt. They have made it clear that no gifts or bequests to the museum will be sold, only work purchased for the collection. And they’ve specified the number of works that may be sold. Of course, in order to meet their financial goal, these will necessarily be important works; the pre-Raphaelite painting sold in June, “Isabella and the Pot of Basil,” fetched $4.25 million at auction at Christie’s in London.

As Maneker says, “Once you’ve decided to sell a work of art, what you wind up with is money. And money is fungible. And saying that money has to be cordoned off and only used for art doesn’t address the realities of running any sort of museum.”

In addition to its public criticism and imposing other punitive measures, AAMD has called for other museums to discontinue working with the Delaware Art Museum; it’s hard to understand how isolating the museum wouldn’t further exacerbate its financial woes.

As noted in the NPR report, deaccessioning has also been very much in the news over the last year or so with regard to the Detroit Institute of Arts (DIA) and the bankrupt’s city’s efforts to solve its staggering financial woes. As part of the bankruptcy process, the city had to put all its assets on the table, and the DIA collection proved to be its most valuable asset. Some creditors would have been happy to see the collection sold, but Michigan’s attorney general intervened, saying the art cannot be sold because it’s a public trust.

That is, of course, quite a different situation from the one in Delaware. In Detroit, an already depleted and demoralized city was at risk of losing one of its most important cultural institutions to make up for long-running fiscal failures (compounded by the Recession). In Wilmington, the deaccessioning of up to four pieces from the museum may allow the institution to save itself. It would, of course, become a slippery slope if the museum’s board were to decide next year that another four objects ought to be sold, and that is no doubt why the AAMD’s more than 200 members are inclined toward strict rules about deaccessioning. But might there be some middle ground?

We’re interested in hearing from NPQ readers about this issue. Should the rules around deaccessioning remain rigid, or is there room for flexibility?–Eileen Cunniffe