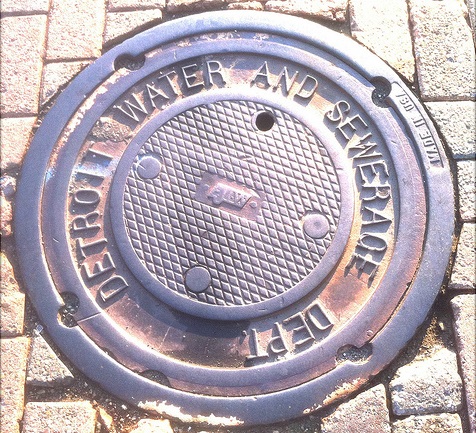 It is amazing that the water crisis of Detroit has returned—and spread—to a region located only an hour away from one of the largest freshwater lakes in the world (Lake Huron). Yes, the water crisis of Southeastern Michigan is back with a vengeance. The Detroit regional board of water commissioners is about to vote on rate hikes applicable to the City of Detroit and its suburbs. Detroit retail customers are in line to be hit with a 12.8 percent increase in water and sewer costs, while suburban wholesale customers will absorb an increase of 6.4 percent.

Calling the rate hike “inevitable,” Melissa Damaschke, the Great Lakes director of the Sierra Club, said that it was unacceptable for rates to be increased this much without a water affordability program for poor households in Detroit. Mayor Mike Duggan and others contend, however, that there is a program of payment plans and other assistance that would be available to low-income Detroiters who might find the new rates a hardship.

It might simply be a coincidence of interests, or maybe something more planned, but the new, higher water/sewer rates would go into effect on July 1st, which is also the target date for handing over day-to-day control and administration of water and sewer services to the Great Lakes Water Authority, the new entity that will operate the water and sewer system for the City of Detroit as well as Wayne, Oakland, and Macomb counties. Under the deal, the already exceptionally high water and sewer rates would be limited to increases of about four percent a year, but the increases about to be approved by Detroit apparently do not fall under that limitation because they were planned pre-GWLA.

Not everyone was happy with the regional deal. Flint, which doesn’t consider itself a suburb of Detroit, chose to separate from the Detroit water system and build a pipe that would access water from Lake Huron. In the interim, writes Lecia Bushak for the Medical Daily, Flint residents complain of “brown or yellow-colored water, which has left them with an array of health problems like itchy skin, rashes, headaches, and their hair falling out.” That’s not to mention the rusty color, chlorine smell, and less-than-welcome taste of the city’s drinking water. City officials respond that the water is just fine, meeting all EPA safety standards. Bushak reports that the Natural Resources Defense Council has found that “many U.S. cities suffer from substandard water quality—and residents are often kept out of the loop”:

“The NRDC states that in order for water to have good quality, the sources (lakes, streams, reservoirs, and wells) must be protected from pollution; the pipes carrying the water must be clean and well-maintained; and the water first goes through modern treatment facilities. Perhaps the residents of Flint are pioneering awareness across the country about water safety (other cities with sub-par tap water include Atlanta, Albuquerque, San Francisco, and Fresno, according to the NRDC report…)”

Apparently, Flint’s water is considered so bad by some that a General Motors plant there has stopped using the water because it rusted factory parts, a school started distributing bottled water to 1,300 pre-school children, and a children’s museum now prevents people from using water fountains, citing the Safe Water Drinking Act.

The interesting part of this story is that Flint is nearly as economically troubled as Detroit—and by one measure, worse. According to the 2013 American Community Survey of the U.S. Census, Flint had the highest child poverty rate at 66.5 percent, the highest in the nation for places of more than 65,000 persons, topping the next three poorest cities—Youngstown OH (63.3), Gary IN (61.7), and Detroit (58.6). Like Detroit, however, which boasts the presence of major philanthropies such as the Kresge Foundation and the Skillman Foundation, Flint is home to the C.S. Mott Foundation, which has long had a “partnership” with Flint and Genesee County. Several Mott grants have addressed water supply and water quality issues in the region, including grants in recent years to Ecojustice Canada (to protect the Great Lakes water quality), Ecoworks (to develop financing tools to help municipalities pay for water quality improvements through energy efficiency improvements), and the Michigan United Conservation Clubs (to strengthen a coalition working on Michigan land and water conservation issues). Flint’s water challenges, and perhaps Detroit’s as well, constitute tough questions for foundations to tackle, whether Mott in Flint or the larger number of foundations in and around Detroit.

There doesn’t seem to be an easy solution in the works. Detroit’s water/sewer costs, as the NPQ Newswire has explained, are among the highest in the nation and they’re going up. Flint hoped to save money by separating from Detroit, but ended up with brackish water and unhappy residents. Flint’s state-appointed emergency financial manager—yes, Flint has one, just like Detroit did—says that if the city wanted to reconnect with the Detroit system, its rates would rise 30 percent.

It looks like the proposed water/sewer rate for Detroit is a “back to the future” story. Despite the assurances of Mayor Duggan and others, the national nonprofit Food & Water Watch charges that the “rate hikes will only make water less affordable for the half of city households who cannot afford and are more than 60 days past due on their water bills, ultimately perpetuating the crisis and threatening public health.” In FWW’s press release, executive director Wenonah Hauter recommends that the “Detroit City Council and the DWSD should not hike residential water and sewer rates until the DWSD fully implements the water affordability plan passed by the council in 2006. An income-based approach to water bills is the most equitable option.” Once again, just like last year and the year before, we are back to debating whether access to clean, potable water, declared a human right by the United Nations, is a human right that extends to residents of Detroit—and Flint.—Rick Cohen