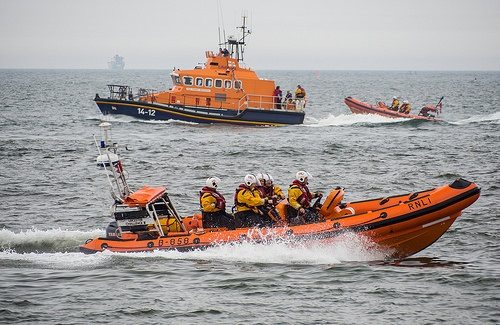 The Royal National Lifeboat Institution (RNLI), one of Britain’s biggest and best known charities, is the first in its nation to accept Bitcoin in fundraising.

In an interview for the Guardian, Luke Williams of the RNLI said, “The idea came from our research into future trends and changes that may impact on the RNLI. While researching, we became aware that using Bitcoin could expose the RNLI to new audiences.”

Bitcoin describes itself as a new payment system and a completely digital money. It is the most high profile of a generic group of “cryptocurrencies, ”a form of money that uses cryptography to control its creation and transactions. It operates free from any government monetary authority, such as the U.S. Treasury or the Bank of England. Williams explains that for the charity, Bitcoin works “a bit like a PayPal account.”

An interested charity sets up what is called a wallet. “There are a number of sites you can use to set up a wallet,” says Williams. “We are trialling some different ones we’ve researched. There’s no charge to those donating. We do however pay a small fee to convert Bitcoin to pounds.”

Bitcoins can be converted to pounds or dollars at the exchange rate of the day, in just the same way as an online bank or exchange bureau changes any other foreign currency. Bitcoin, however, has been known to fluctuate dramatically. You can see its current and historic values here.

In the United States, the most high profile nonprofit to adopt Bitcoin in its fundraising is the Wikimedia Foundation, as reported in an NPQ newswire last month. Another newswire, last year, reported that the San Francisco-based non-profit, Internet Archive had begun to pay some of its staff in Bitcoins.

The Chicago-based Lifeboat Foundation, a scientific foundation entirely unrelated to boats or RNLI, appears to be the first nonprofit to have a Bitcoin endowment fund. BitGive, a Sacramento-based non-profit, claims to be the first registered U.S. charity to operate entirely using Bitcoin. BitGive is raising money in bitcoin for U.S. tornado relief, for Typhoon Haiyan Children’s Relief Fund in the Philippines, and for the Water Project, which seeks to deliver clean and safe water in Africa and the developing world.

However, Bitcoin’s greatest contribution might turn out to be in international philanthropy. As Williams says, “Unlike normal banking, there is no difference in costs when sending Bitcoins across the world. I’d expect those who work on international projects to be the next adopters.” A handful of international charities are already putting their toes in the water. The Water Project and Women’s Annex, which funds digital literacy for women in countries such as Afghanistan, Pakistan, Egypt, and Mexico, both accept donations in Bitcoin.—John Godfrey