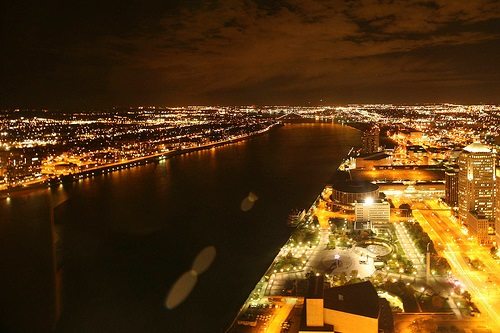 This is Detroit week. What’s happening in Detroit this week might be the most momentous confluence of events affecting nonprofits and foundations in years, even decades. With the “Grand Bargain” likely to go through, having already received the state’s commitment to the plan to funnel capital to the underfunded pension funds through the mechanism of saving and converting the Detroit Institute of Arts and almost assuredly to get a positive vote from the city’s pensioners, the foundations and the state now face the challenge of mechanics. To get the unprecedented commitment of $366 million in foundation dollars into the public pensions, the foundations are creating a new 501(a)(3) “supporting organization” called the Foundation for Detroit’s Future, which will somehow serve as the mechanism for the conversion of the Detroit Institute of Arts into a nonprofit and to get the foundation moneys into the General Retirement System and the Police and Fire Retirement System.

The new supporting organization will be housed at the Community Foundation for Southeast Michigan, which is itself a significant contributor to the Grand Bargain, and governed by a five-person board of directors, including community foundation CEO Mariam Noland, current community foundation board chair and PVS Chemical CEO James Nicholson, former community foundation chair and retired Ford Motor Co. executive Allan Gilmour, Kresge Foundation VP and chief investment officer Robert Manilla, and Ford Foundation vice president and general counsel Ricardo Castro.

To create the new supporting foundation, the Community Foundation hired two non-Detroit law firms—Patterson, Belknap, Webb and Tyler LLP in New York City and Miller, Johnson, Snell & Cummiskey PLC of Grand Rapids. Apparently there were no Detroit law firms that weren’t “conflicted” by being on one side or the other of the bankruptcy case. The Crain’s article doesn’t identify how much money was spent to hire and pay the outside law firms or what it will cost the Community Foundation to operate the new supporting organization.

In addition, two foundations are putting in money toward helping the Detroit Institute of Arts meet its $100 million commitment for its conversion to a nonprofit:

Additional foundation grants committed to the plan but not clearly specified regarding their administration are as follows, including two new commitments from local auto companies:

Entirely separate from all of this is a commitment of $3.5 million from the Skillman Foundation to offset healthcare cuts for city retirees.

All told, this is an absolutely unprecedented series of foundation commitments from the foundation community, stretching the boundaries of what foundations might have ever considered doing anywhere. It may “save” the DIA, and it will certainly generate a substantial sum toward helping write down the cost of the huge amounts owed to pensioners. Those might be absolutely necessary steps for the DIA and the pension funds, but the ultimate measure of success is going to be whether they help save not only the multi-billion dollar art collection, but help save Detroit as well.—Rick Cohen

This article has been altered from its original form to add the contribution of the Chrysler Group to the listing of auto manufacturers.