The Great Surge in Developing Nations No One is Talking About

When we think about the world’s poor, we may assume that most are stuck in poverty, with few roads out. But that’s a misconception, according to Steven Radelet, former chief economist for the U.S. Agency for International Development. Radelet says economic prospects for the world’s poor have improved dramatically over the past 25 years. The Georgetown University professor details the progress in his new book, The Great Surge: the Ascent of the Developing World. 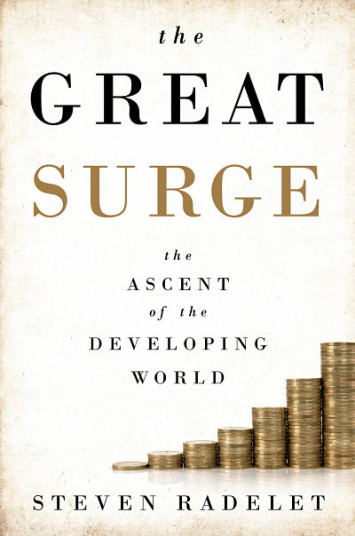 “I don’t want to paint a picture that everything is rosy,” Radelet says. “Life is still tough for those living in poverty, but over the last 25 years, one billion people have been lifted out of extreme poverty. That’s never happened before in the history of the world.”

At Tiny Spark, we’ve covered some of the progress and success stories in alleviating suffering at home and abroad. We’ve also exposed shortcomings in well-intentioned projects:

– The celebrated Millennium Villages Project that reportedly fell short on its promise to eradicate extreme poverty in African communities.

– The confounding challenges of tracking the billions of aid dollars that went to Haiti after the 2010 earthquake.

– The merry-go-round PlayPump that was supposed to produce drinking water for African communities, but actually caused more harm than good.

Radelet admits that international aid has an imperfect track record. But he says its setbacks pale in comparison to its achievements, especially in global health and points to the success in fighting HIV/AIDS. “Fifteen years ago, people thought the situation was hopeless. The fact is that the international community came forward. We made the sacrifices. We’ve made big investments. And deaths from AIDS are now falling. They are down by a third. So my optimism comes from my reading of history that we have come together to solve some really big problems, and therefore I think we can do it going forward.”

Steven Radelet: Is Global Poverty Actually on the Decline?

Journal of Democracy: The Rise of the World’s Poorest Countries