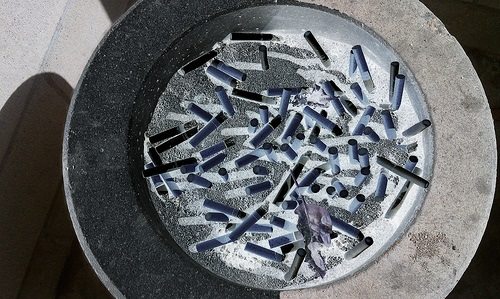 When you stumble your way through the haze of tobacco smoke outside your office building’s door, that fog created by smokers not allowed to smoke inside, imagine the difference you might find in Westminster, Massachusetts, soon. That’s because Westminster, a small community of around 7,400 residents in Central Massachusetts, is about to ban tobacco sales anywhere in the community. That’s not “divest town dollars from tobacco companies” or “outlaw smoking inside the office cubicle farm” or as, in some communities, “enact a ban on smoking in public parks”; this is a ban on the sale of all products in the town containing tobacco or nicotine, including cigarettes, cigars, chewing tobacco, and electronic cigarettes—the latter due to the nicotine-infused liquid that creates the cigarettes’ inhalable vapor.

Storeowners are particularly irate and have launched petition drives, charging that the law would drive them out of business and push smokers to adjacent communities to buy their cigs. But for Westminster’s health agent, Elizabeth “Wibby” Swedberg, this is the town’s effort to get ahead of the tobacco industry’s constant creativity in marketing tobacco products, such as 69-cent bubble gum-flavored cigars. By allowing tobacco products to be sold and purchased in Westminster, Swedberg said, “We are permitting products that, if used as directed, 50 percent of people die.”

“This sends a clear message to residents that this is a bad product,” added D.J. Wilson, director of the Massachusetts Municipal Association’s Tobacco Control Technical Assistance Program.

That argument doesn’t sway Westminster’s small business sector. “Nobody is going to stop smoking because this town decided to ban cigarettes,” Westminster Liquors’ Michael Fratturelli said. “Businesses won’t want to come to this town anymore, and the value of our businesses will go down.” Business owners further argue that though tobacco accounts for 10 percent or less of their sales, people who purchase tobacco products often buy other products when going into local stores, making tobacco a part of nearly one-third of small stores’ sales.

Westminster’s proposed ban on tobacco product sales doesn’t mean that smoking is prohibited in the town. However, other communities much larger than Westminster, though not incorporated as local governments, are aiming to simply ban the use of tobacco products. Syracuse University may be the next large “community” to ban smoking altogether, due to concerns not only about the health of smokers, but about the impacts of secondhand smoke on nonsmokers as well.

According to the 501(c)(4) lobbying group Americans for Nonsmokers Rights, 975 college campuses in the U.S. are totally cigarette-free and 291 even ban the use of e-cigarettes on campus. It may be more difficult for municipalities to enact bans on tobacco use, as colleges can do. ANR reports that over 4,000 municipalities restrict where smoking is allowed; 1,159 ban smoking in non-hospitality locations and sometimes even include restaurants and bars.

Municipalities often ban the sale of tobacco products to minors, but Westminster might be the first in the nation, if it goes ahead, to ban the sale of tobacco products to anyone inside the town limits, whether minor or adult. For all the talk about divestment from tobacco investments, as important as that may be, health regulations aimed at reducing or preventing behaviors that cause as many as 500,000 premature deaths of adults annually may be equally necessary in order to realize measurable health improvements.—Rick Cohen