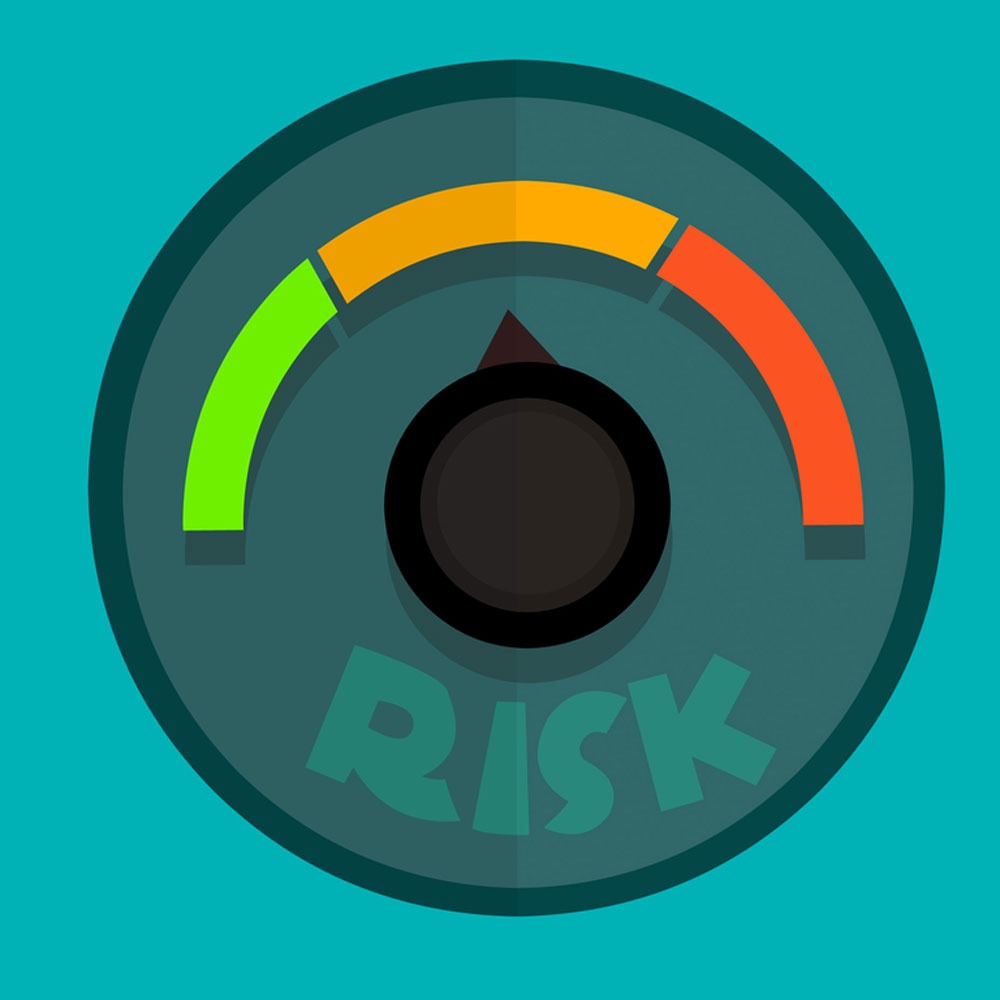 Risk without cost, gain without pain…the allure of social impact bonds (SIBs), which are actually not bonds but rather “pay for performance” contracts, is easily understandable. In theory, as Bhakti Mirchandani explained in NPQ a year ago, “private investors provide the original funding, and the government only pays if the program achieves targeted outcomes.”

The reality, alas, is more complicated, largely because the cost of getting that SIB private investment risk capital is far more than governments are willing to pay. We know that in private investing, venture capitalists typically seek “10x” returns. Do you know of any government that offers that kind of return for success? Right, there isn’t one.

For this reason, in the real world, philanthropy intervenes to fill that gap. Nearly every SIB has a strong philanthropic component to mitigate investor loss if the investment fails. SIBs, in short, rely on foundation dollars to align investor risk with limited potential government-paid upside return. Which brings us to a critical question: Is the return on this philanthropic subsidy worth the cost?

This question is not trivial, since the use of SIBs is rising. For example, just this past spring, the US Department of Treasury solicited applications from state and local governments for grants under the Social Impact Partnerships to Pay for Results Act (SIPPRA). Signed into law in 2018, SIPPRA is the latest testament to the growing popularity of the SIB model.

With its appropriation of $100 million to fund SIBs and similar projects, the recent call for proposals under SIPPRA presents an opportunity to reflect on what is often advertised as the key selling point for SIBs: risk transfer. Here I argue that past discussions of risk in the SIB framework have not fully accounted for philanthropy’s influence in these transactions. As I’ll show, philanthropy’s role in risk management should be integral to the cost-benefit analysis by which we judge the SIB model.

Let’s begin by reviewing the SIB’s core components. In the typical arrangement, private investors provide initial funding for a social program. The government repays these investors with interest if and when an independent evaluation demonstrates that the program has achieved certain objectives (better results may unlock greater returns). When SIBs are successfully executed, government spends money only when a program yields a verified social return on investment; if program outcomes fall short of pre-specified goals, then private investors are supposed to absorb the loss. In short, SIBs are designed to shift the risk of program failure from the public to the private sector, thus saving taxpayers money and ensuring that government spending advances social welfare.

Sizing up risk in the SIB model

Risk transfer has been a central feature of SIB promotion, much of which calls for a healthy dose of “market discipline” in otherwise allegedly wasteful government funding systems. However, as critics note, many of the early SIB-funded interventions have rested on a relatively sturdy evidence base (at least by social program standards). Indeed, guides on structuring SIBs often call out evidence of effectiveness as a leading criterion for choosing a program to fund.

If something about this setup seems counterintuitive to you, then you’re in good company. Rick Cohen highlighted this contradiction several years ago in his lineup of sobering thoughts for SIB advocates: “If the programs are well established and proven, government could and should fund more broadly…but those nonprofits that are trying things that are new and truly experimental, that’s where private risk capital could really advance social change.”

In other words, if SIBs are supposed to be an efficient means to test and potentially scale risky (i.e., unproven) strategies for advancing public well-being, why would they focus on programs that already show evidence of effectiveness? From this perspective, commercial stakeholders in SIBs seem less like entrepreneurial innovators and more like what we should probably expect them to be: prudent investors looking for relatively safe bets.

The role of philanthropy in SIBs

To be fair, even programs with a record of success may fall short of their goals, and private capital may add significant value by absorbing that risk. In practice, however, commercial investors have relied on charitable foundations to de-risk even these less risky SIB contracts in various ways (e.g., by funding pilot projects, covering implementation costs, offering loan guarantees, and taking first-loss junior debt positions). Because profit-driven investors are understandably mindful of their bottom lines, impact-first funders have needed to grease the skids with concessionary and risk-tolerant investments. This fact is evident not only in SIBs, but also in the broader impact investing field, where philanthropy is frequently viewed as an indispensable source of so-called catalytic capital.

Policy experts and practitioners routinely acknowledge but seldom critique philanthropy’s “pump-priming” role in SIBs. Occasionally this involvement is viewed as a less-than-ideal artifact of the instrument’s newness. More often, however, observers seem to regard philanthropic involvement in SIBs as an unambiguously positive example of effective cross-sector collaboration and as a logical extension of philanthropy’s classic mandate to be society’s risk capital. Foundations are treated essentially as just another class of private investor whose financial losses bear no implications for taxpayers. Accordingly, when it was announced that the failure of the first SIB in the US to meet targeted results triggered a $7.2 million loan guarantee from Bloomberg Philanthropies, supporters maintained that the failure came “at no loss to taxpayers.”

I argue that taxpayers did incur a cost, although not in the form of a specific budgetary outlay. Instead, the public paid indirectly through forfeited tax revenue.

Like other private foundations, Bloomberg Philanthropies enjoys a variety of tax benefits in exchange for paying out at least five percent of its average net assets each year. The organization is exempt from federal income tax, state and local property tax, and capital gains tax (foundations pay a comparatively small two-percent excise tax on the sale of appreciated assets).

Although there is a voluminous academic literature debating how exactly to classify these tax privileges, I join others who contend that these exemptions make up an implicit subsidy for philanthropy. The public pays for the myriad benefits of philanthropic grantmaking by foregoing tax revenue that would have been collected in the absence of these exclusions. Likewise, as Rob Reich explains in his book Just Giving, when philanthropic funding is wasted, “we should recognize that the individual or foundation squandered assets that, had there not been tax concessions, would have been the public’s in the form of tax revenue.” In other words, when foundations draw on their grantmaking budgets either to de-risk or absorb losses from SIBs, they are using resources subsidized by the public.

Of course, part of the novelty of SIBs is that they’re not charity as usual. While foundations have issued grants to safeguard investments and to carry out feasibility studies, they have also made their own direct loans with the expectation of repayment, often through a financing method known as the program-related investment (PRI). Because the PRI resembles private investment, this form of underwriting seems to adhere more closely to the spirit of transferring risk from public to private domains, but this picture changes when we look more carefully at IRS regulations.

The details are a bit technical, but the bottom line is that PRIs function as de facto grants when a default occurs, meaning that that they count toward the annual payout that earns foundations their tax exemption. When the principal is paid back (as in the case of a successful SIB), the foundation’s mandatory payout increases that year by the amount of the returned principal. But in the event that a PRI fails to generate returns (as in the case of an underperforming SIB), then it basically becomes a grant retroactively. Either way, government subsidizes the PRI.

SIBs are often lumped into the broader movement of “pay for success,” a simple and attractive slogan that belies a more complex institutional reality. Rather than simply tallying positive outcomes as measures of success, we should seriously consider the opportunity costs associated with involving philanthropy (on top of the extra costs that complex SIB arrangements tend to necessitate). As taxpayers, we should ask whether our money is best spent on sweetening business deals for private investors. If the added capital equates to greater scale, operational capacity, evaluative rigor, and policy innovation, then perhaps the costs justify the benefits. To make that call, however, we need a more nuanced cost-benefit analysis that recognizes the quasi-public nature of philanthropic spending.

The views and opinions expressed in this article are those of the author and do not necessarily reflect the official policy or position of the Wharton Social Impact Initiative.

Maoz (Michael) Brown heads research at the Wharton Social Impact Initiative, a center at the Wharton School dedicated to advancing research and training in business-based solutions for a better world. He recently received his PhD in Sociology from the University of Chicago, where he conducted research on the history of social welfare policy in the United States.