The High Cost of Sexual Assaults on College Campuses 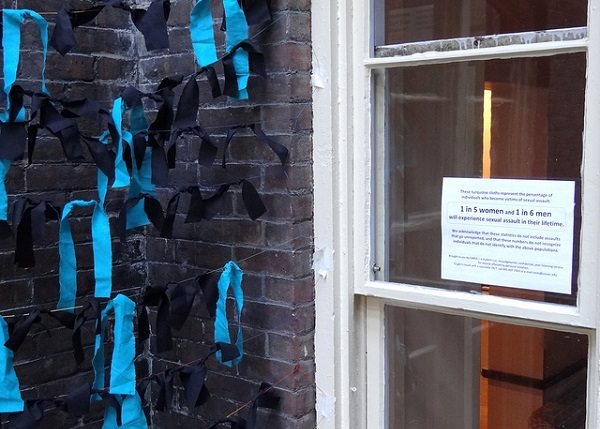 It is estimated that one in five women are sexually assaulted during their years as college students. The U.S. Department of Education reported that 2013 saw over 5,000 forcible sexual offenses on universities and colleges, and a recent study provides evidence that the actual number of assaults may be six times higher.

In addition to the horrors that sexually assaulted students face, these crimes are placing a financial cost on university and college systems as well. Colleges with high profile sexual assaults also have to deal with such consequences as fewer applications, lowered alumni donations, and loss of funds provided by the Department of Education (DOE). For example, the University of Virginia saw its first decrease in 12 years in its number of applicants after a discredited story ran in Rolling Stone. And Dartmouth saw a fourteen percent drop in applications last year after students protested the school’s treatment of a campus sexual harassment and hazing.

Even more significant, universities facing scandals may lose funding from the DOE. Therefore some leaders claim universities are overcorrecting by unjustly expelling those accused. Faculty at Harvard University and the University of Pennsylvania submitted letters to their administrators denouncing new sexual violence policies utilizing a preponderance of the evidence standard in sexual violence incidents. This standard, required by the DOE, is substantially lower than beyond a reasonable doubt, the standard used by courts in criminal legal actions.

On June 8, 2015, student James Vivenzio filed a complaint in Pennsylvania state court against his fraternity and his school, Penn State. In it, he alleged Kappa Delta Rho possessed a Facebook page containing photos of drunk and unconscious nude women, some of whom looked like they were being sexually assaulted. In addition, the complaint states those pledging the fraternity were given alcohol and drugs, allegedly to facilitate sexual assault and abuse. The suit is also filed against the university for failure to act when Vivenzio reached out to an administrator about the incidents over a year before.

Although Vivenzio isn’t requesting a specific dollar amount, other sexual assault cases against colleges and universities have led to settlements and verdicts from thousands to millions of dollars. For example, in July 2014, the University of Connecticut paid one of the highest reported settlements for a sexual assault lawsuit, $1.3 million, which included $900,000 to a female student who claimed she was cut from the hockey team after being raped by a male hockey player.

In the last five years, the number of sexual assaults at college campuses has skyrocketed. Currently, 118 schools are under federal investigation by the U.S. Department of Education (DOE) for alleged civil rights violations of Title IX related to the handling of sexual assault incidents. At a time when resources have never been harder to raise, universities are diverting millions from education to fund settlements and defend lawsuits. This epidemic is leading schools of higher education to explore a number of difficult issues: how to define consent, how to punish those responsible, and how to measure the reliability of the accusers. At Penn State, a sexual assault and harassment task force developed a 267-page report outlining eighteen recommendations, including enhancing resources at the university’s smaller campuses and disseminating a campus climate sexual assault survey.

At the same time, some government leaders believe schools are hiding or minimizing assaults in an attempt to avoid scandal. These beliefs are based on a recent study compiled by the U.S. Senate Subcommittee on Financial and Contracting Oversight finding 41 percent of colleges have not conducted any investigations of sexual violence in the past five years. Therefore, a bipartisan group of U.S. senators introduced the Campus Accountability & Safety Act in February. If passed, the law would fine colleges and universities up to $150,000 for failure to submit detailed sexual violence reports. In addition, universities that refuse to act in accordance with the legislation could be fined up to one percent of the school’s operating budget.

Recently, United Educators, the higher education insurance company, began offering insurance to cover sexual assault payouts and this appears to have become a disturbingly necessary cost of “doing business.” Between 2006–10, the company has paid out $36 million on behalf of its 1,200 member universities. Seventy-two percent of the settlements were provided to parties suing the schools due to sexual assault incidents.