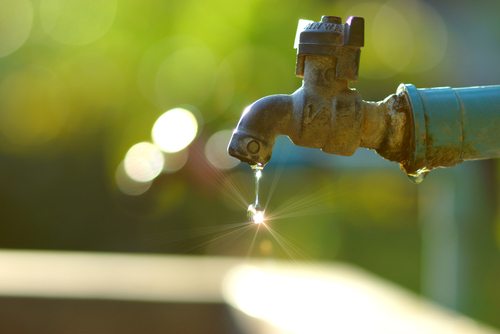 Last week, Amy Goodman of Democracy Now! interviewed Alice Jennings, the lead attorney for ten Detroit residents, eight of whom had their water turned off by the Detroit Water and Sewerage Department, and four organizations supporting the residents—the Michigan Welfare Rights Organization, the People’s Water Board, Moratorium Now, and the Michigan chapter of the National Action Network. Readers will remember that the federal bankruptcy judge, Steven Rhodes, was asked to rule on a possible extension of the Water Department’s temporary moratorium on water shutoffs. He declined, saying that he lacked the ability to do so and that there was no “enforceable right” to water.

Whether there is or is not a “right” to water is a fundamental issue here. The United Nations, for example, has resolved that it is a right, and though consumers can be asked to pay for clean water, if they genuinely cannot afford to make payments, in the view of the UN, shutoffs are a human rights violation. Writing for Highbrow Magazine, Rebekah Frank says that it was remarkable for Judge Rhodes to even address the issue, as he could have simply dismissed it under federal bankruptcy law as beyond his discretion.

According to Jennings, “What’s happening [in Detroit] is nothing short of a humanitarian crisis.” She made reference to affected homes with disabled persons and children in the households. She also described the city’s “military” approach to shutting off service, starting at one end of the street and moving to the other.

But with no right to water under American law, assuming Judge Rhodes is correct, what was the argument that Jennings proposed for the bankruptcy court’s jurisdiction? She said her clients’ complaint was a constitutional argument, that the Equal Protection Clause required commercial accounts and individual residential accounts to be treated equally regarding their delinquent water bills. Remember that the Water Department’s billions of indebtedness is part of the overall picture of Detroit’s fiscal abyss. Even though Rhodes ruled against Jennings and her clients, he acknowledged the health and safety harm that could ensue for families with a lack of clean running water.

Since the end of the moratorium, the City is still aggressively pursuing shutoffs, which raises a very difficult question for nonprofits and foundations in Detroit. While the city is turning off water services to hundreds of water customers every week, the city faces other basic yet related problems. A representative of the city’s emergency financial manager said in February that the city was trying to fix 90 water main breaks. The city has 27,000 hydrants, but thousands aren’t working, putting the lives of Detroiters in danger from all too frequent fires. Nearly two out of five residents in Detroit live below the federal poverty level, a figure we suspect is actually low, hiding the city’s real poverty as households with financial options continue to flee. When it comes to unemployment, with a rate of 23 percent, Detroit ranks at the absolute bottom of the fifty largest cities in the nation.

As the ongoing bankruptcy trial has made clear, major funders have placed their bets on a revitalization strategy hinged on helping the city climb out of its financial abyss, maintaining and preserving major cultural assets, and working on big infrastructure projects such as the Woodward Street Corridor light rail project (the M-1 streetcar project, supported strongly by the Kresge Foundation and corporate mogul Roger Penske) and downtown development (strongly associated with the large acquisitions of office buildings by Dan Gilbert of Quicken Loans). Those are choices that entities with limited resources, particularly foundations, have to make and have made. These decisions are not inherently right or wrong; they’re simply strategic guesses on what might work to propel Detroit out of its decades-long morass.

In some ways, these are more discrete strategic choices than trying to figure out how to undo Detroit’s massive poverty, its distressing unemployment, and—specifically to the observations of Alice Jennings—the humanitarian crisis of Detroit’s ongoing water shutoffs.—Rick Cohen