The In-N-Out Burger Philanthropist (“Those are Good Burgers, Walter”) 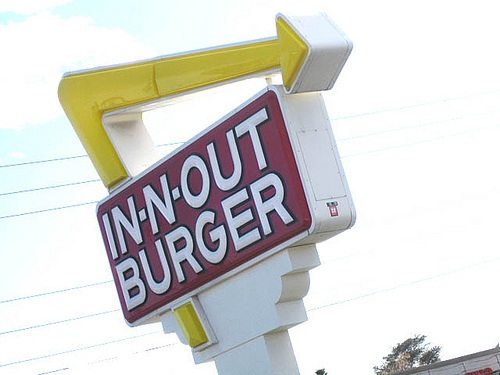 The California-headquartered In-N-Out Burger chain, which has a cult following that has only grown in the wake of its inclusion in the 1998 film The Big Lebowski, operates 280 restaurants in five states. The third generation owner of the chain is Lynsi Torres, the youngest female billionaire in the U.S. The 30-year-old heiress maintains a low profile in the world of hamburgers but is better known as a National Hot Rod Association competitive drag racer. In fact, her profile was so low that Bloomberg News, which maintains the Billionaires Index, didn’t list her as a billionaire.

As the sole owner of the privately held In-N-Out Burger chain, Torres is in control of half of the company via a trust that she inherited at age 30, with the other half to come into her possession when she turns 35. Married to another drag racer, third husband Val Torres, Lynsi Torres may not be one to give interviews or seek corporate fame, but she is spending the money she came into last year. In September, for example, she purchased a 16,600 square foot mansion for $17.4 million.

In terms of philanthropy, Torres is a primary funder of a faith-based charity, Healing Hearts and Nations, which works with a group called Successful Christian Living International Association of Ministries. The latter was founded by Redding, Calif. evangelist “apostle” Steven Radich and his wife, Mama Linda. It is structured as a church and therefore does not file 990s. The work of Healing Hearts and Nations (HHN) and Successful Christian Living International Association of Ministries includes training “disciples” in guesthouses in nine African nations plus India.

Torres is listed as a trustee and chief financial officer on the three-person HHN board. Despite her wealth, it doesn’t seem like HHN has been a recipient of big dollars from Torres or her corporation. For the five years from 2006 to 2010, HHN only pulled in $369,061 in total revenues, the bulk of which has been used to pay for the expenses of “apostles,” such as $106,989 (out of one year’s total HHN expenses of $112,414) to cover the expenses of three evangelists in Nigeria.

There is also the In-N-Out Burgers Foundation. The company foundation’s Form 990 for 2010 lists Lynsi Martinez (presumably Lynsi Torres’s previous name) as president of the foundation. The foundation makes small grants to a large number of centers in California, Utah, Nevada, and Arizona that provide assistance to victims of child abuse. According to the In-N-Out website, the foundation raises money through direct contributions and fundraising events (including a golf tournament and in-store fundraisers), but the burger company pays for the operating costs so that “every penny raised goes directly to help abused and neglected children!” [emphasis original]

It isn’t exactly evident why a corporate foundation that raises money each year for its small-grant grantmaking runs a surplus each year, adding to a fund balance that, at the end of 2010, had reached $23,448,367. But now that Lynsi Torres has made the billionaires list, she should expect scrutiny of her personal and corporate charitable activities and questions about her future philanthropic intentions, questions that have gone hand in hand with other famous hamburger billionaires, such as Ray and Joan Kroc. —Rick Cohen