The (Infuriating) Rest of the Story on That ACORN “Sting” 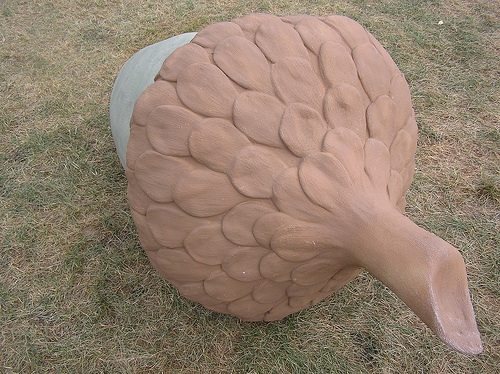 You may remember James O’Keefe, the conservative videographer who tricked some ACORN employees into thinking that he and his associate, Hannah Giles, were child traffickers looking for ACORN’s assistance. Credit Wonkette for breaking the news that O’Keefe will be out of at least $100,000 for the trick. Remember the O’Keefe “prank,” so to speak? He secretly taped a couple of low-level ACORN staff who purportedly actually tried to offer assistance with the child prostitution ring. That “prank” led to a cascade of actions, including ACORN’s loss of federal government and foundation funding and eventually to ACORN’s demise and closure [Full disclosure: NPQ’s legal counsel, Scott Harshbarger, was recruited to conduct a review of ACORN’s management operations to help ACORN improve the oversight of its local offices and staff].

The trick has backfired on O’Keefe. It turns out that one of the ACORN staff on the heavily edited tapes, Juan Carlos Vera, behaved responsibly and called the police immediately after O’Keefe and his associate left the ACORN offices in 2009. Vera reported the two for proposing to engage in child prostitution and “possible human smuggling.” But Vera lost his job anyhow and ACORN went down the tubes. There has so far been no acknowledgement by the foundations who defunded ACORN after the video trick that perhaps they overreacted based on the videos of a guy whose subsequent work has demonstrated that he is hardly a paragon of journalism.

O’Keefe experienced another backfire recently. His nonprofit Project Veritas held up what it thought were three examples of voter fraud, but it turned out that everyone they thought would have been voting illegally was in fact legal, so the only thing the “sting” operation wound up proving was Project Veritas’ willingness to engage in activities that the executive director of the North Carolina State Board of Election said may constitute a felony. And how could we forget O’Keefe’s effort to break into the offices of Sen. Mary Landrieu to place an illegal wiretap, which earned him an arrest and three years probation?

Vera sued O’Keefe and Giles in the U.S. District Court of Southern California and agreed to a settlement with O’Keefe dated March 6th in which O’Keefe will pay him $100,000. Would it be too much to ask that the people who used the O’Keefe videos as the smoking gun to bring down ACORN swallow their words about ACORN’s alleged illegality? Of course that won’t happen. Would it be too much to suggest that, at a minimum, they repudiate O’Keefe’s purported exposé of ACORN as having been misleading to the point of inaccuracy? That’s highly unlikely, too.

Vera has provided an important service. Rather than having aided and abetted a child trafficker, as O’Keefe’s video and related media reports suggested, Vera has exposed O’Keefe’s masquerading as an investigative journalist minus the scruples. Perhaps due to his “sting” operation in regards to National Public Radio (which worked), the press has continued to give O’Keefe wide berth. However, with the news that Vera did exactly what he was supposed to do and that O’Keefe didn’t report that part of the story (thereby costing Vera his job), O’Keefe’s “news” operation has hit its third strike. Good riddance, James O’Keefe and your Project Veritas. —Rick Cohen