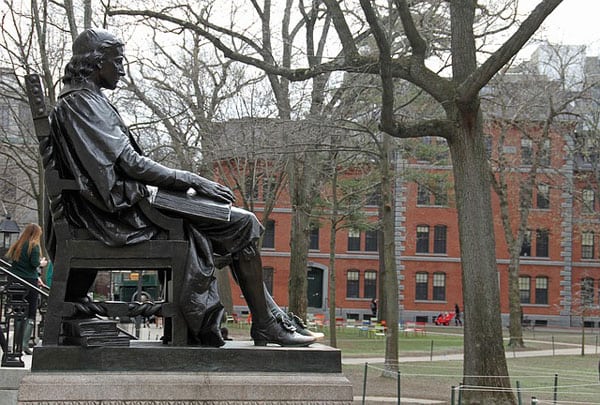 On July 3rd, the Trump administration announced that it will reverse several policy memos outlining how colleges and universities can use race as a factor in admissions. The memos were issued as guidance for post-secondary schools during the Obama administration on how to achieve diversity in their student bodies. The reversal of these memos can have a lasting impact on the admissions process and the future of minorities and underserved populations in post-secondary education. US Attorney General Jeff Sessions deemed the guidelines as “unnecessary, outdated, inconsistent with existing law, or otherwise improper.” He is using the rescinding as a way to “undo the government’s overreach” and the previous administration’s efforts to “impose new rules on the American people without any public notice or comment period, simply by sending a letter or posting a guidance document on a website.”

This reversal comes at the tail of Justice Anthony Kennedy’s announcement that he was retiring from the US Supreme Court this summer. His departure means that the court will lose a key swing vote on affirmative action issues. In 2016, the Supreme Court upheld a lower court ruling on affirmative action. The majority opinion was written by Justice Anthony Kennedy and stated, “A university is in large part defined by those ‘intangible qualities which are incapable of objective measurement but which make for greatness.’” Kennedy continued, “Considerable deference is owed to a university in defining those intangible characteristics, like student body diversity, that are central to its identity and educational mission. But still, it remains an enduring challenge to our Nation’s education system to reconcile the pursuit of diversity with the constitutional promise of equal treatment and dignity.” Justice Kennedy’s retirement leaves room for a more conservative replacement with conservative views on affirmative action.

Over the past few years, the Trump administration has made known their views on affirmative action or the place of race in college admissions. Last year, the Department of Justice (DOJ) announced that they were going to investigate discrimination in college admissions. There was even an internal job posting for those with an interest in “investigations and possible litigation related to intentional race-based discrimination in college and university admissions.” While the Justice Department issued a statement stating that the posting was in response to a complaint in 2015 of allegations of discrimination against Asian Americans, there was still concern from advocacy and civil rights groups that it was a target on affirmative action.

Many organizations, such as The American Council of Education and civil rights groups, have vowed to ignore the decision and say that “rescinding the guidances will be detrimental to students of color in the U.S.” The NAACP issued a statement in response to the reversal, “By encouraging schools to not consider race during the admissions process or potentially in any other circumstance, President Trump is undermining the benefits of diversity in schools, accelerating the socioeconomic divide, and rolling back access to quality education for all students, which is a top priority for this administration.” The statement goes on to say, “It is proven that racial diversity benefits all in academic achievement. Our world is made up of people of many colors; therefore, students should learn and grow in an environment that depicts this reality.” Although they have issued a statement, no plans of action have been made public.

Ivy League schools such as Harvard and Yale have also issued statements expressing their disdain for the decision. Harvard spokesperson Rachel Dane stated that “Harvard will continue to vigorously defend its right, and that of all colleges and universities, to consider race as one factor among many in college admissions.” Yale is at risk for losing federal funding for their decision to “defy” the reversal. Yale seeks to create an academic community where “students interact with people from various backgrounds and points of views,” and “[their] admissions policies and practices reflect and support this goal” according to Thomas Conroy, Director, Office of Public Affairs and Communications.

As the fight continues on both sides of the affirmative action debate, there are three key insights from the reversal to keep in mind: (1) rules and guidance will become less clear, giving post-secondary schools opportunities to develop their own policies and procedures; (2) this decision returns us to the George W. Bush approach of “race neutral” college admissions. Race neutral methods have been ineffective in increasing diversity in student bodies; and (3) with the retirement of Justice Kennedy, the future court can reject the notion that diversity can lead to educational benefits.

After the 2017 DOJ announcement of investigation in discrimination, Anurima Bhargava, who was head of the Justice Department’s Civil Rights Division’s Educational Opportunities Section during the Obama administration, said “any move to investigate affirmative action policies would be a fear and intimidation tactic” and that she had “a very strong sense that [it] is nothing other than politics.” Could the reversal of these memos be the same case? Either way, the never-ending battle moves along and advocacy and civil rights groups will retool and remain on alert.—Diandria Barber