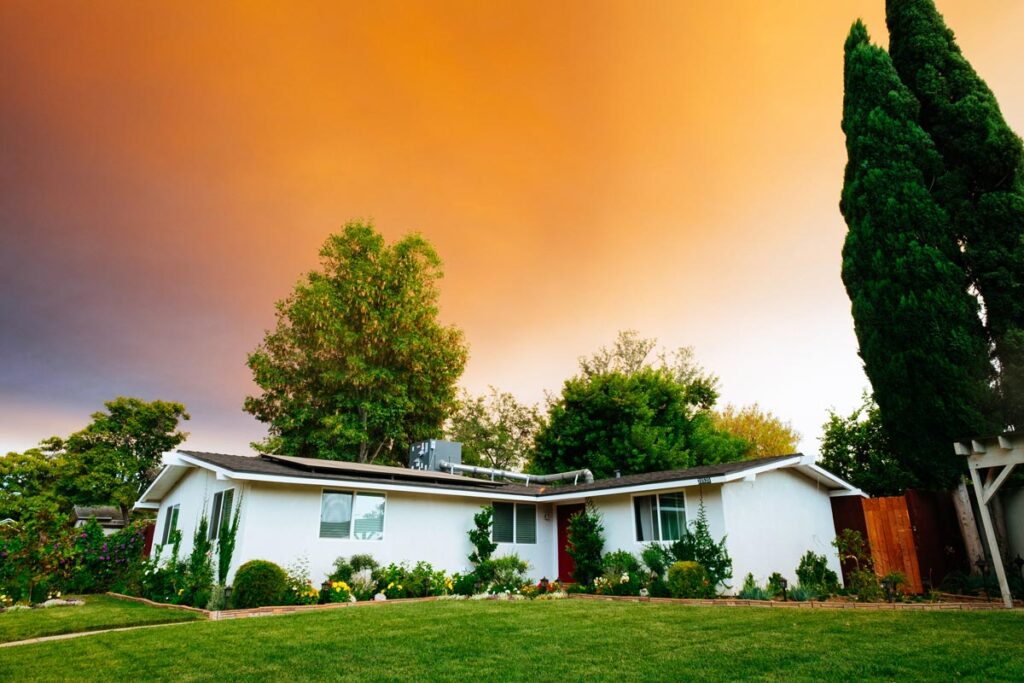 These days, natural disasters headline the news on a regular basis. Hurricane Ida flooded both New Orleans and New York City; fires have been rampaging throughout California, Oregon, and Washington; and some dams and rivers in the West have barely any water left. Low-income and BIPOC communities are disproportionately impacted. This is especially true in rural communities where substandard housing is sited in flood plains, in the wildlife-urban interface, and with limited access to fresh water.

For community-based organizations that seek to build affordable housing, this new reality provides new dilemmas: how do you build affordable housing in a world where natural disasters can so easily render the housing that is built or rehabilitated uninhabitable? Responding to this situation requires that new attention be paid to such concepts as social vulnerability and risk management. It requires changing architectural plans to build more resilient housing and developing strategies to recover from disasters when—not if—they occur. So much has preparing for and responding to  disaster become part and parcel of everyday affordable housing that the California Coalition for Rural Housing—a statewide coalition that has over 40 organizational members that work in both rural counties and tribal nations—took the extraordinary step of publishing an 111-page guidebook for our members on the topic this past May.

The impact of the climate crisis has been dramatic across the globe, of course. In California in particular, the effects have been severe: The fire season in the West expanded from 73 days to 105 days between 2015 and 2020. Nearly 4.4 million acres of California burned in 2020, four percent of the entire state—a larger area than Rhode Island. The duration of the average fire has gone from 7.5 days to 37.1 days. The word “gigafire” was coined to describe burns devouring over 1 million acres. Plume fires have created “fire tornados” with flames and wind of up to 140 miles an hour.

These increasingly extreme weather events have correspondingly large impacts on the health of communities. Over five million Californians suffer from asthma due in part to the toxic air from fires that spread smoke throughout the Central Valley and other populated areas. Fires also exacerbate existing extreme heat and drought conditions, which disproportionally impact communities of color. Heat morbidity is an increasing problem that affects low-income and BIPOC populations the most. In California, an estimated 71 percent of people who die from heat exhaustion are Latinx, with many being farmworkers who help feed the country. One million Californians are without water, and many wells are over-tapped resulting in emergency water situations.

And one finds similarly severe effects in other parts of the country. For instance, Hurricane Harvey battered the Gulf Coast and Houston, Texas. Two days after Hurricane Sandy struck the New Jersey and New York coastline in late October 2012, it snowed. These weather examples point to the new normal of climate emergency that is becoming a growing part of our lives.

The role of nonprofits—like those who are members of our coalition—in disaster preparedness and recovery has increased significantly in the past 15 years, especially since Hurricane Katrina in 2005. Previously, many nonprofits relied on the Red Cross and Salvation Army. These traditional players are still critical, but they primarily provide support during the emergency phase of the recovery.

Who takes charge after the Red Cross and Salvation Army have rushed off to the next immediate crisis? Answer: local nonprofits. The Centers for Disease Control and Prevention (CDC) has come up with concept of social vulnerability in relation to natural and human disasters and applies 15 socioeconomic factors of social vulnerability—including poverty, race, unemployment, low-income, lack of English speakers, lack of vehicles, and many other indicators. A national risk index has been developed utilizing social vulnerability indicators that are applied to 18 types of natural disasters at the county and census level. One indicator is the scale and scope of the local nonprofit community. A strong nonprofit ecosystem helps communities to be more resilient to disasters of all kinds, while a weak nonprofit ecosystem increases vulnerability levels.

Because disaster competency has become a year-round concern for local nonprofits, affordable housing developers now find that they must become involved in planning, rebuilding, and forging new partnerships and resources. The climate crisis is upending rural housing by changing where it is built, how it is designed, how it is operated, and how it is financed.

For example, Self-Help Enterprises (SHE), located in Visalia in California’s Central Valley and the largest rural housing developer in the US, is a great example of this. SHE requires that their new housing units be drought resistant and have rooftop solar so that residents will avoid power shuts off when it is over 100 degrees. They provide water to residents suffering from drought, food for families impacted by COVID, and technical support to communities that have been impacted by earthquakes and fires.

Another approach is illustrated by a community group in the Texas border town of Brownsville. Located next to the Gulf of Mexico, Brownsville has faced many hurricanes in recent years that have flooded low-income housing. In response, Come Dream, Come Build, a community-based housing developer in Brownsville, has come up with an innovative technique called “Casita,” where residents can rebuild part of their house (common room, bedroom, bathroom) to move back in and over time expand the house to its former size. This step-by-step rebuilding process reduces the time that residents might otherwise have to spend in emergency housing after storms.

There are many examples, but the bottom line is this: more and more rural communities are going to have to respond in innovative ways to the diverse impacts from disasters.

Affordable housing developers and other community-based organizations understand that their new roles in disaster response include mitigation, preparation, response, and recovery. These organizations are developing core competencies in these areas, which range from helping residents to escape from disaster to building affordable housing in safer areas away from vegetation and accessing financing for the rebuilding process. CCRH has come up with four major types of building efficiencies to minimize damage from natural disasters. They include:

Clearly, these skills are beyond the ability of any one individual and need to be integrated throughout an organization. While some efficiencies may only need to be considered during the construction of a new building, others are necessary components of any nonprofit’s disaster preparedness planning. When disasters happen, employees of an organization are also impacted, and it becomes more challenging to provide services when you are in the middle of your own crisis. The same is true for protecting the equipment, records, furniture, and other valuables of an organization, which is why your organization needs to have its valuables at least on the second floor in a flood-prone area. Designing and implementing these strategies require an array of core competencies that organizations should develop over time to protect their staff, clients, and communities.

Adapting to these climate changes is critical for any affordable housing and community development organization. This requires an ability to align strategies and resources through careful planning.

Policy also must change. As Marion McFadden—who is now at Enterprise Community Partners and formerly oversaw disaster relief at the US Department of Housing and Urban Development—noted a couple of years ago: “Every single disaster is a “one-off.” She added that, “Disaster recovery is never fast enough on the ground. I’ve rarely heard someone say: ‘The government met my expectations.’ It just doesn’t happen that way.” The result of not having federal model programs and structures in place is a needless “year-long planning process.”

It is, in fact, utterly unacceptable that it takes years for CDBG Disaster Recovery (DR) funds to reach community development organizations involved in the rebuilding of their community. At the state level in California, CCRH is advocating for AB 880, which will provide bridge financing to accelerate the rebuilding of affordable housing that was lost in disasters.

Flexible and timely resources are critical to the long-term recovery of low-income neighborhoods that have been negatively impacted by natural disasters. Embedding disaster recovery response into the construction and planning phase is rapidly becoming the new normal for affordable housing in rural communities.

Veronica Beaty is the Senior Research Program Manager at the California Coalition for Rural Housing. She has been an advocate for sustainable communities and housing justice in California for over a decade on issues ranging from transportation planning to rent stabilization.