The Nonprofit Agenda for Regional Affordable Housing: An Advocacy Manifesto 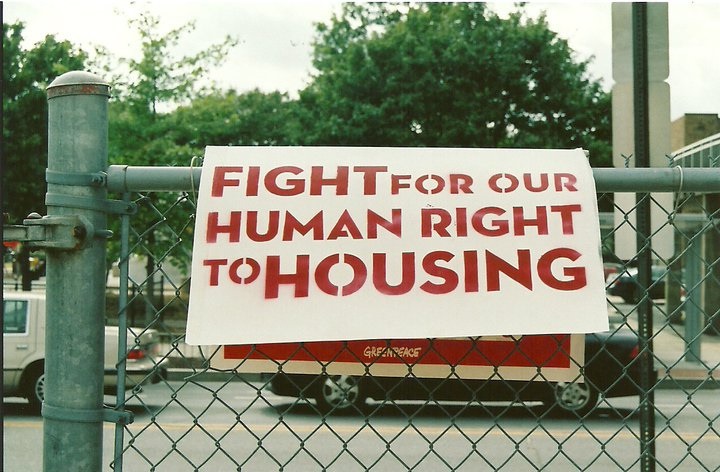 This issue of the Cohen Report is based on a speech given at the annual meeting of the Housing Association of Nonprofit Developers on June 23rd at the Omni Shoreham Hotel in Washington, D.C. The theme of the conference was, “Connected Region, Connected Future.” Rick Cohen presented these comments in the opening plenary session on “Public Private Strategies to Increase the Region’s Affordable Housing Development and Preservation.”

After interviews with a cross-section of housing experts from the public, nonprofit, and private sectors in the metropolitan Washington, D.C. region, and after reviewing affordable housing production and preservation strategies from around the nation, this much was learned: There is no silver-bullet answer to the problem of generating sufficient affordable housing to replace units being lost from the housing inventory, much less generating new affordable housing to accommodate people who want to live and work in the area. The notion that someone, somewhere is going to find the innovation that answers the challenge once and for all…that is not possible. But what is possible is that the combined efforts of elected and appointed officials, public agency directors, regional employers, and especially nonprofit housing developers and nonprofit housing advocates, can make important headway.

Political scientist Ben Barber has major faith in the power and wisdom of local government in addressing these and other issues. Barber says, “We live in a 21st-century world of interdependence, and brutal interdependent problems.” If there is any problem that crosses more boundaries of municipalities and counties than housing, it is hard to imagine. Barber believes that local governments are simply closer to the people and better able to engender trust than national governments. They are pragmatic, non-ideological, and, in contrast to Capitol Hill where both parties will cut their noses off to spite their faces—and their opposition—local governments tend to be defined, in Barber’s words, above all by “collaboration and pragmatism, by creativity and multiculturalism.” But in our experience, that collaboration and pragmatism is frequently the result of nonprofit organizations, housing developers, and others that understand the issues deeply because, unlike the other parties to the problem, they know their constituents, they know the people in need, and they can authentically convey to mayors, city councils, and housing departments what it will take to create affordable housing.

Solving the Washington, D.C. region’s affordable housing problem doesn’t mean creating new layers of government and new hurdles for affordable housing developers to leap across in order to get things done. It means finding solutions that live up to the rubric of the words used by President Obama just last week: “In the conflict of ideology and reality, you should opt for reality.”

Based on the impetus of the Greater Washington Housing Leaders group, this discussion explores four categories of program ideas for addressing affordable housing in the metro Washington region but are applicable to metropolitan areas nationwide:

What became obvious in examining the research is that much of what experts might recommend for the Greater Washington region is already being implemented to greater or lesser degrees throughout this entire area. The challenge is to up the game, to do more, and significantly increase production and preservation simultaneously.

In terms of capital for affordable housing, given limitations and reductions in federal funds such as Community Development Block Grants and HOME Investment Partnership funds, as demonstrated in the following chart, there is little question that localities in the metro Washington, D.C. area have to continue and increase their commitment of local resources on the table.

For housing trust funds, which the District of Columbia, Montgomery County, and Arlington have already implemented, more is needed. Nonprofit advocates ought to be advocating for new potential revenue sources including unclaimed property funds (“escheats”), local hotel taxes, commercial developer linkage fees, and capital from the sale of surplus public properties.

While the federal government is difficult to count on given the plunge in HOME and CDBG funds, the potential is there for the state governments of Maryland and Virginia to come up with incentive programs that build upon the efforts of local jurisdictions. And even at the federal level, given the housing needs of the large military population in this area, the Department of Veterans Affairs under Secretary Bob McDonald has taken a pragmatic and increasingly effective tack toward getting VA funds to localities and nonprofits.

Two other sources of capital need to be leveraged and increased. One is getting pension funds to invest in affordable housing, based on the model of pension fund investment into New York City’s Community Preservation Corporation’s lending program, with its special interest in assisting smaller property owners and developers, who are often overlooked in many affordable housing incentive programs. The other capital source is the tax-exempt assets of philanthropic institutions. That means not just turning to foundations for grant support, which they should be doing—and doing more of—to support nonprofit housing advocacy, capacity building, and general operating support. That also means looking to the tax-exempt endowments of foundations for program related investments that can be used for predevelopment loans, investment in housing bonds, loan guarantees, and mission related investments. Unlike governmental jurisdictions, foundations do not face the obstacle of government boundaries and therefore can plan and act on a regional level with great effectiveness.

For land and property for affordable housing development, it is pretty evident that the jurisdictions in the Washington metro area ought to undertake comprehensive inventories of public properties attached to schools, hospitals, fire and police stations, and other facilities that might be reasonably developed as affordable housing. Secondly, due to in some cases an excess of commercia