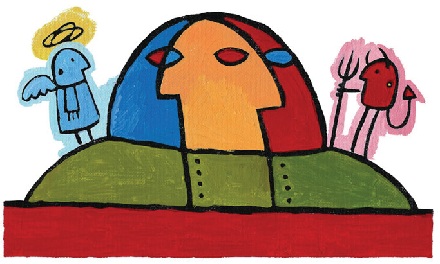 How do you feel about having representatives from grant-funding government organizations on private nonprofit boards? Do you see this as a conflict of interest in that they act as the stick and the carrot? My community created an organization to facilitate ending homelessness. At the time there were two shelters and a transitional housing program. The board was chosen pursuant to an interlocal agreement between the city, county, and housing authority.

After twenty years the system of housing services has become immensely robust, with millions of dollars of housing opportunities and services. In the meantime, the board added a small number of private citizens with little to no experience with homelessness. The elected official members rarely attend meetings. They send alternates who happen to be the same people that oversee the grants that support the organization.

Should government officials, as board members, represent government agencies that provide contracts, or should they represent the best interest of the nonprofit and its mission? When those two interests clash, which interest should take precedent? Is it a conflict of interest for these officials to ask private citizens to contribute to the organization?

These situations, while not unusual, tend—predictably—to be a mess. As a principle, when you have a nonprofit that is working hand in glove with government on an important problem, it may be tempting to reserve a number of seats on the board for government representatives; when the effort is fresh and new, it may feel like a kind of utopia of high-minded collaboration. However, it all too often ends up in the same old predictable place. In fact, many boards with appointed members of any kind end up after a while with uninterested surrogates representing institutional stakeholders whose attention has wandered. In the case of government officials, this is often because there has been a change of administration or a change in agency leadership.

The practice of public officials—in particular—sending proxies raises a serious governance issue. It muddies the question of who is accountable to whom. In my opinion, neither the public official nor the proxy feels accountable to anyone. Further, as is often the case, public officials who are ex officio board members have statutory protection, and so it is impossible for a diligent board majority to remove them for misfeasance or nonfeasance. Because the operations of nonprofit boards are not transparent, voters are unable to hold elected officials accountable at the ballot box when they fail to perform in their nonprofit role.

Finally, having some board members who are mandated to be present mixing with board members who are there because they personally care about the organization generally ends in the first category draining the life out of the second. This is, however, not an ethical but a practical problem.

Ethically, elected officials and their surrogates should be kept far away from fundraising from private parties. As state campaign finance laws become more stringent, persons and companies wishing to “buy” access to certain elected officials may make donations to their favorite charities instead. These charities may also employ the officials’ friends and relatives—which may be perfectly legal, but not ethical.

I am writing about a direct conflict with a major funder over a piece of legislation at the State Capitol. My organization was working hard to kill a bill that one of our major funders decided to support. They take the 501(h) election, as do we, and hire contract lobbyists, ditto. While they did not actively lobby this bill, this situation put us (and a number of our member organizations that were also working to kill the bill) directly in conflict with the funder.

Generally, the situation has been handled well—there weren’t really any attempts by the foundation to get us to change our position, and there hasn’t been any impact on their support for us. Still, it was awkward, and the perception that we might be persuaded, strong-armed, or tempted to change our position because of the funding from this source is worrisome.

While it is great that more foundations are supporting advocacy, it can create a problem when foundations are doing the same work as their grantees and not just funding the work. Another organization that I spoke to about this complained that a major funder keeps poaching their staff because they are engaged in very similar work and the foundation can pay so much more.

I’m doing a survey of peers in other states, but a quick round of calls to other executive directors in my field when this situation arose pretty much gave me similar feedback: grantees have gotten into policy conflicts with other grantees, but not directly with a foundation.

Worried about the Future

You were lucky that your funder left you alone, and their behavior was commendable. Unfortunately, examples of heavy-handed foundation behavior are not hard to find. In the 1990s, when New York City was considering a smoking ban in restaurants, Philip Morris contacted their grantees, mostly in the arts, requesting assistance in defeating the proposal. Last year, Comcast pulled their funding from Reel Grrls, a Seattle nonprofit that teaches teenage girls about filmmaking, because of a tweet critical of the company. Recently, Susan G. Komen for the Cure pulled their funding from Planned Parenthood.

Everybody knows that it is unethical to use nonprofits to advance private agendas, whether economic or political. The resulting public reaction to the treatment of Reel Grrls and Planned Parenthood was quick and effective in restoring funding (which Reel Grrls declined to accept). We can only guess how many other cases fly under the radar, to the permanent disadvantage of grantees.

I immediately questioned whether this creates conflicting interest in the duty of loyalty for both the VP and the ED. How does a board member carry out effective oversight of a director when that same director has oversight responsibilities for the professional life of the board member?

You nailed this one. These people definitely do have divided loyalties. Fortunately, it is not a common occurrence—at least not in higher education. The best information available indicates that just 6 percent of higher education chief executives have ever even been invited to serve on the board of a company where a trustee was in a leadership position.1

Woods Bowman is a professor of public service management at DePaul University in Chicago, Illinois.

To comment on this article, write to us at [email protected]. Order reprints from http://store.dev-npq-site.pantheonsite.io, using code 190101.