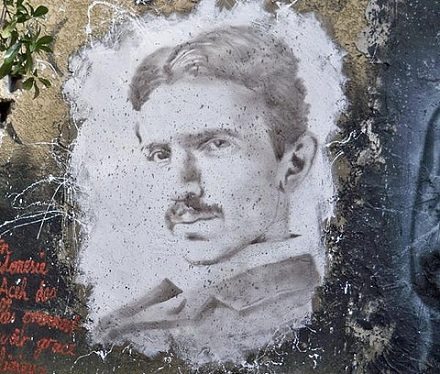 “The progressive development of man is vitally dependent on invention. It is the most important product of his creative brain. Its ultimate purpose is the complete mastery of mind over the material world, the harnessing of the forces of nature to human needs. This is the difficult task of the inventor who is often misunderstood and unrewarded. But he finds ample compensation in the pleasing exercises of his powers and in the knowledge of being one of that exceptionally privileged class without whom the race would have long ago perished in the bitter struggle against pitiless elements. Speaking for myself, I have already had more than my full measure of this exquisite enjoyment; so much, that for many years my life was little short of continuous rapture. I am credited with being one of the hardest workers and perhaps I am, if thought is the equivalent of labour, for I have devoted to it almost all of my waking hours. But if work is interpreted to be a definite performance in a specified time according to a rigid rule, then I may be the worst of idlers.”

On Friday, it was reported that the well known Internet cartoonist The Oatmeal (whose odd and successful fundraising NPQ has previously covered) has raised $1.4 million online in a campaign to fund the establishment of a museum on Long Island dedicated to the memory of scientist/inventor Nikola Tesla. The site of the museum is to be a laboratory designed by architect Stanford White (a friend of Tesla’s) that acted as Tesla’s “vector for trans-Atlantic wireless communications, broadcasting, and wireless power,” according to Ars Technica. An 18-story tower that was part of the laboratory was demolished when Tesla sold it to pay off bills and now what is left is a decaying brick building.

It is said that Tesla had only four cents in his pocket when he arrived in the U.S. from Serbia and was penniless when he died in 1943. Tesla was the developer of alternating currents (AC)—an advancement from Thomas Edison’s direct currents (DC). He did this, however, within the context of Edison’s employ, and a rift opened up between the two. According to this entry in Wikipedia:

“Edison hired Tesla to work for his Edison Machine Works. Tesla’s work for Edison began with simple electrical engineering and quickly progressed to solving some of the company’s most difficult problems. Tesla was even offered the task of completely redesigning the Edison Company’s direct current generators. In 1885, Tesla claimed that he could redesign Edison’s inefficient motor and generators, making an improvement in both service and economy. According to Tesla, Edison remarked, ‘There’s fifty thousand dollars in it for you—if you can do it’—this has been noted as an odd statement from an Edison whose company was stingy with pay and who did not have that sort of cash on hand. After months of work, Tesla fulfilled the task and inquired about payment. Edison, claiming that he was only joking, replied, ‘Tesla, you don’t understand our American humor’. Instead, Edison offered a US$10 a week raise over Tesla’s US$18 per week salary; Tesla refused the offer and immediately resigned.”

Tesla’s many and diverse admirers have endured and grown in recent years. The electrical engineer, mechanical engineer, physicist and futurist is described as a genius and held approximately 300 patents for inventions in aircraft design, robotics, beam weapons, and mass communications, among other things. He was said to have demonstrated the possibilities of wireless energy transmission as early as 1891. –Ruth McCambridge