The Olympics and Russia’s Racial Hostilities 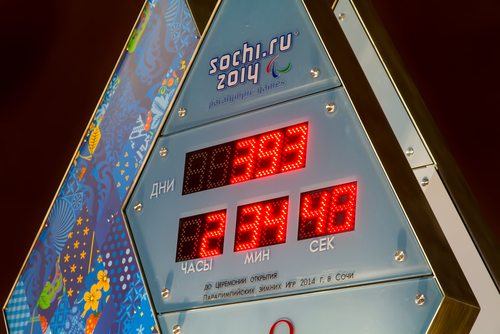 Leading up to the Olympics in Sochi, athletes have protested against Russia’s recent explosion of antagonism toward lesbian, gay, and transgendered persons, with laws restricting their rights and restricting the ability of people, including international athletes, to speak out about Russia’s LGBT policies. The American public is probably little aware of another social issue in Russia, the nation’s virulent racism that is increasingly widespread and visible, particularly in Moscow.

Anna Nemtsova reports for Foreign Policy about antagonism toward Muslims as “illegals,” an echo of the immigration debate here in the U.S. The antagonism is particularly virulent against people from areas in the Caucasus, such as Azerbaijan, Georgia, Armenia, Tajikistan, Uzbekistan, Dagestan, and Chechnya. Recent riots targeting immigrants from the Caucasus in the Moscow suburb of Biryulevo, a tough industrial district that’s long been affordable to immigrants, highlight the emerging racist dynamics in the country.

Despite the multiple ethnic groups in Russia, the nation has a population quite affected by feelings of xenophobia. In Biryulevo, an incident involving an Azeri immigrant charged with stabbing a young Russian man led to a crowd breaking into a shopping center known for employing immigrants, seeking out “foreigners,” “attack(ing) anyone who looked ‘dark,’ beating some of them badly.” The rioters even beat back the police who were sent to stop the violence.

Nationalist groups are supporting much of the racial hostility. One Alexander Belov, identified as a leader of a nationalist group called “Russkie” (Russians), defended the rioters as ordinary citizens, but said after getting no reaction from authorities about foreigners, they proceeded to beat up what he called “blacks,” the slur used to characterize people from the Caucasus. Three days after the start of the riots, the police caught the Azeri man charged with the stabbing and filmed themselves beating the guy up before putting him on a helicopter to be transported back to Moscow.

Nemtsova writes, “The authorities’ only solution to the problem of ethnically motivated violence seems to be a crackdown on its targets, draconian reform of immigration laws, and the arbitrary arrest and deportation of hundreds of people. Such initiatives make leaders of the nationalist movements happy: finally, they say, the Kremlin has heard their calls to ‘cleanse’ Russia of non-Slav faces.” She adds, “Politicians are scrambling over each other in their efforts to cater to the nationalist fervor. Lawmakers are considering banning foreigners from renting or buying real estate without a special permit. Anti-immigrant groups are also collecting signatures in support of instituting a visa regime for visitors from Central Asia and the South Caucasus.”

Does this racist movement bleed into sports? The answer is yes. When Manchester City’s soccer team visited Moscow to play CSKA Moscow, Manchester City midfielder Yaya Toure from the Ivory Coast was subjected to “monkey chants“ from the crowd. CSKA Moscow officials say that Toure misheard the insults from the crowd, though Toure denies that he “dreamt” the insult. [Note: CSKA Moscow said its own player from the Ivory Coast, Seydou Doumbia, denied having heard what Toure did, but when he later recanted that denial, CSKA Moscow maintained the falsified statement on its website.] The body that governs European soccer, after its own investigation, issued a punishment of CSKA Moscow and threatened more unless it and its fans cleaned up their act, a move praised by anti-racist sports groups such as Kick It Out and Football Against Racism.

In September, a poll of Muscovites showed 55 percent of respondents identifying “too many migrants from former Soviet republics and the North Caucasus” as their biggest worry, more than traffic, prices, and other potential concerns. When U.S. athletes and tourists come to Sochi in February, they will be confronting emerging public and official hostility to LGBT persons and emerging public and official hostility toward immigrants and minorities.—Rick Cohen