Voices from the Field: The Oppression Olympics & The Critique of MBK 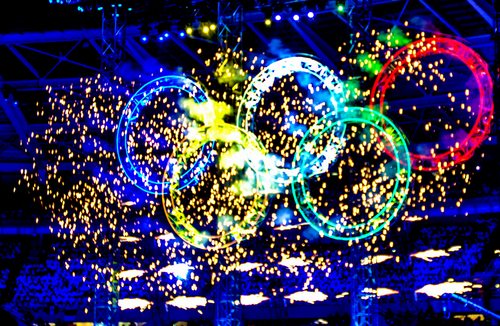 There is an important feminist critique of My Brother’s Keeper (MBK), an initiative promoted by President Obama, which warrants examination. Some have called MBK oppressive and misogynistic policy and express concern that the program privileges the suffering of Black men over Black women.

This “Voice from the Field” op-ed came about through a conversation regarding how hopeful we were that MBK would finally address the needs of Black men and boys at a national level. We read the critiques from our colleagues but decided, as an African American man and woman, that it would send a powerful message if we collaborated to recast this initiative in a new light—a light that promotes healing, not competition over resources. Many colleagues told us, “This is not a conversation you want to weigh in on. It is too controversial.” We live in a time where we are extremely politically polarized and there are few safe spaces to have honest dialogue that authentically pushes a conversation forward. So, to all who read this, we are attempting to create that space and invite all who want to have “real and dynamic talk” to join us on this topic.

There is a need for honest and thoughtful dialogue about assisting ALL who are vulnerable among us. However, we must not reject MBK because of an inclination to compare forms of oppression. How does one judge which community is most deserving of help and which issues deserve attention? Sexism versus racism. Homophobia versus xenophobia. It turns into a depressing Oppression Olympics, a competition for seemingly finite support.

First and foremost, we don’t see a targeted program for boys and men of color, specifically Black boys and men, as an indication that other marginalized groups are not a priority. Marginalized groups share common forms of injustice, but they also have unique and divergent needs. MBK is an important targeted approach to uplifting communities of color. It is one of many tools necessary to improve the outcomes of families engrossed in poverty. Exploring MBK’s benefits through the lens of the Black family illustrates how the entire African American community will benefit through the initiative’s success.

Unfortunately, U.S. family social support policies have often excluded Black men. There is a history of policy, including public assistance and Medicaid, that focused on women and children and intentionally excluded men. This has contributed to an imbalance that negatively affects the Black community. Combine this with the outsized impact of unequal criminal justice policies on Black men and boys and you have a problem that extends far beyond men and boys to the whole of the community.

Listen, the aforementioned is not to say that Black women don’t have their share of oppression and hardship to weather. We deeply recognize Black men need to be better to Black women. Patriarchy and racism have historically kept the issues of Black women largely invisible. Sexism ingrained in the practices of many Black institutions, such as Black churches and civil rights organizations that don’t allow women to lead, create glass ceilings based on gender. Programs inspired by MBK should be inclusive and careful to avoid promoting a narrow view of masculinity that is built on the backs of Black women.

However, this is not a race to the bottom or a contest between Black men or women for who has suffered the most at the hands of racism. We need to be better about supporting each other. We should empathize with others’ oppression and want to make life better for all: Black men supporting Black women; Black women supporting Black men; heterosexuals supporting the LGBTQ community; U.S. citizens advocating for the undocumented. All issues of the marginalized are important. We should support each other and work toward a preferred future where no one feels like a second-class citizen.

MBK has the ability to create very effective policy. For example, the Echoing Green Black Male Achievement (BMA) Fellowship program embodies this spirit. The BMA Fellows create solutions to improve education, help families, and provide opportunities to work. The fellows identify as women, men and transgender; gay and straight; and of various ethnic backgrounds. Their projects related to fatherhood, mentoring, community-building, and supportive wage work opportunities provide solutions to the barriers facing Black men and boys in the United States.

Akilah Watkins-Butler is the Director of National Programs for NeighborWorks America. She is completing a Ph.D. in sociology at the University of Illinois and has spent her career working to improve the conditions of “at-risk” children and communities.

Rahsaan Harris, PhD, is the executive director of Emerging Practitioners in Philanthropy (EPIP). He has a doctorate in Public and Urban Policy from the New School, where his dissertation was on understanding how socio-economic diversity in the African-American community affects their philanthropic interests.