“The Other 98%” Tries Crowdfunding Bid to Buy Tribune Papers 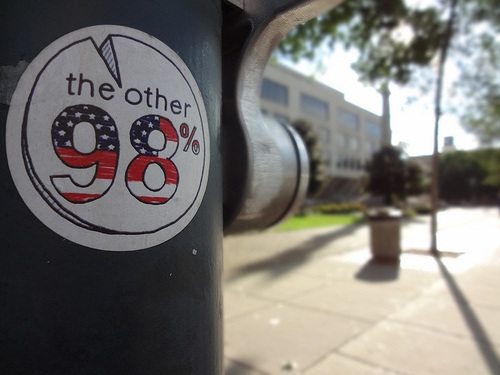 A group named The Other 98% (tagline, “Kicking corporate asses for the working classes”) has announced that it has launched a crowdfunding campaign on Indiegogo with the goal of $660 million to buy Tribune’s newspaper properties. The intent is to turn it into a nonprofit to ward off corporate interests like Rupert Murdoch and billionaire brothers Charles and David Koch.

John Sellers, Executive Director of The Other 98%, declared “Our plan is to give the Tribune newspapers back to the people and to journalists who care about them—in other words, the exact opposite of a hostile corporate takeover. Think of our bid as a peaceful people’s takeover.”

Nicole Carty says, “This is a way for Americans to say that they’re tired of billionaires fighting over who gets to control our media. We don’t need them. If the public can successfully own a football team, they can do the same with their city’s newspaper. We need to put the ‘free’ back into the free press,” she said.

Check out this video: