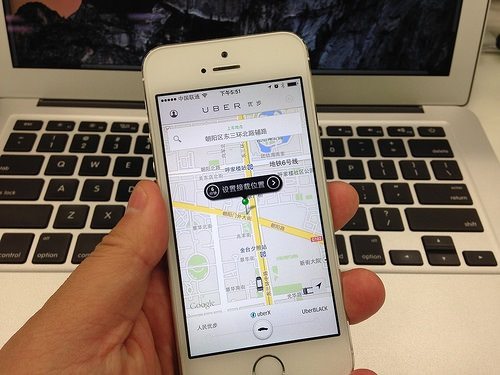 With taxi driver demonstrations occurring all over this country over the ways app-based ridesharing programs are undercutting their business, Uber is trying out something new abroad. People’s Uber is Uber’s experimental nonprofit ridesharing pilot program, which launched earlier this year in Beijing. Beijing marks the 100th city where Uber has expanded worldwide, and the People’s Uber program will be spreading to additional Chinese cities, including Hangzhou, Chengdu, Wuhan, Shanghai, Shenzhen, and Guangzhou. Wuhan is the only city so far that will be offering the nonprofit carpooling option without the pricier UberBlack or UberX options.

People’s Uber allows customers using the app to pay enough to cover the driver’s basic costs, and not a penny more. Local drivers get paid based on gas and toll expenses and, unlike anywhere else in the country, Uber does not take its own cut.

Uber explained in a blog post why they decided to launch People’s Uber specifically in China: “Chinese consumers are known to be early adopters of technology, and municipal governments have acted quickly to support forward thinking initiatives that improve the city’s quality of life. These include initiatives to address social and environmental issues like carbon emission reduction and ride sharing practices.” Uber also can avoid some regulatory issues within the country by going the not-for-profit route in Beijing.

Uber doesn’t make any profits from the new program, but it allows Uber to receive some positive exposure while launching in a new country. It seems to be working, since Beijing has become one of the fastest growing markets for Uber products.

The People’s Uber is still in its testing phase, but will the company expand this model to other countries?—Aine Creedon