The controversy over how Planned Parenthood facilitates the donation of fetal tissues to medical researchers that a series of undercover videos lit has now resulted in two more states taking steps to terminate state funding under their Medicaid programs. NPQ reported last week that Louisiana was the first when Governor Bobby Jindal issued an order terminating his state’s contract with PP.  Now, New Hampshire and Alabama have taken similar actions.

CNN picked up Alabama governor Robert Bentley, a medical doctor, as he tweeted that life from “conception to birth and beyond” is important to him. “I respect human life, and I do not want Alabama to be associated with an organization that does not. The deplorable practices at Planned Parenthood have been exposed to Americans. I’ve terminated any association with the organization in AL.”

WSFA-TV reported that, “According to the Alabama Medicaid Agency, a total of $4,351.37 has been paid to Planned Parenthood Southeast over the last two years. In 2014, $933.79 was paid for an office visit, one intrauterine device insertion and injections. This year, $3,417.58 has been paid for office visits, insertion of contraceptive implants, contraceptive injections, intrauterine device insertions and other injections.”

Staci Fox, CEO and president of Planned Parenthood of the Southeast, said in a statement:

“We are disappointed that Governor Bentley has been distracted by a deceptive attack against our organization instead of staying focused on what really matters to women in Alabama. What Alabamians need is more access to health care, not less. As a high-quality provider of medical care to women across Alabama, ensuring access to quality health services is fundamental. Planned Parenthood Southeast has been providing high-quality, affordable health care in the state for nearly 80 years and each year provides health care and education to more than 22,000 people across Georgia, Alabama and Mississippi.”

Over in New Hampshire, the Christian Science Monitor reported the Republican-led Executive Council voted along party lines Wednesday against $639,000 in state funding for Planned Parenthood. New Hampshire was well positioned to act swiftly, as it’s the only state with such an elected council that works with the governor to approve large state contracts.

With attempts to defund PP at the national level stalled, other states are expected to follow this route. Elizabeth Nash, senior state issues associate at the Guttmacher Institute, told the Monitor, “We’ll see more attacks at the state level on family planning funding. [Some politicians] will use this whole issue as a way to further scrutinize abortion providers, and Planned Parenthood specifically.”

While the political battle is fueled by the continuing national debate over abortion and choice, it is clear that if PP loses substantial funding, women who use PP for a wide range of medical services will be at risk. According to the Washington Post, abortion services represent only three percent of Planned Parenthood’s activity! 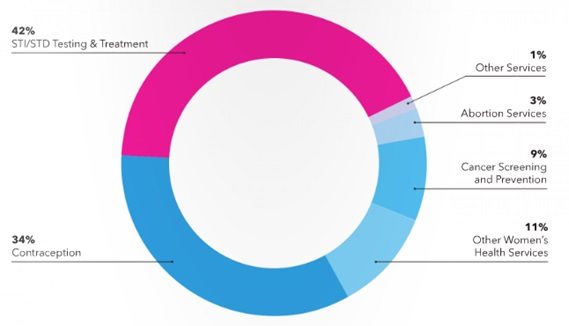 And by existing federal regulations, none of the funds being withheld by the states could have been used to provide abortions.

Supporters of Planned Parenthood will be in court asking these barriers to be removed. Ms. Fox in her statement put forward the belief that their legal position was quite strong:

“The courts have been clear that the federal law prohibits states from excluding abortion providers from Medicaid.  To date, two Circuit courts, the Seventh and Ninth Circuits, have reached the issue, and the Supreme Court has declined to review the Seventh and the Ninth Circuit decisions. Also the Center for Medicaid, CHIP and Survey & Certification (CMCS) clearly stated in an informational memo dated June 2011: ‘States are not, however, permitted to exclude providers from the program solely on the basis of the range of medical services they provide.’”