The Potential Meaning of the Rash of Arsons against Black Churches 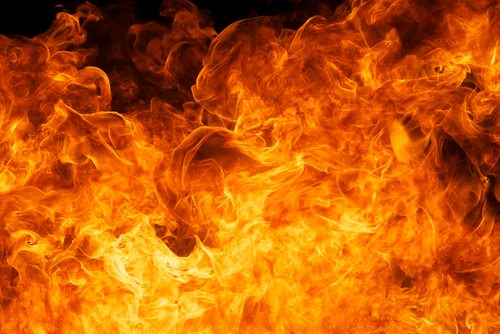 In the wake of the horrific shootings at Charleston’s Emanuel AME Church by avowed racist Dylann Storm Roof, the unreported but related story is the rash of black church arsons in Southern states. The number of arsons has been reported as between three and six, the latter the count of the Southern Poverty Law Center. Agents of the Bureau of Alcohol, Firearms, and Tobacco have been called in to investigate at least some of these nighttime actions.

The various churches named in different reports include God’s Power Church of Christ in Macon, Georgia; Briar Creek Road Baptist Church in Charlotte, North Carolina; Glover Grove Missionary Baptist Church in Warrenville, South Carolina; College Hill Seventh Day Adventist Church in Knoxville, Tennessee; Fruitland Presbyterian Church in Gibson County, Tennessee; and Greater Miracle Temple Apostolic Holiness Church in Tallahassee, Florida. Even if a couple of these fires were the result of electrical malfunctions or, as suspected in the Fruitland Presbyterian instance, a lightning strike or, in the Tallahassee fire, a tree limb falling on electrical wires, it is hard to imagine such a large number of churches on fire as simple coincidence. A number have already been shown to be arsons.

Even there, proving arson is different than proving that arson resulted from racial hatred. Federal and state agents have been cautious about declaring these arsons hate crimes, but in the wake of Charleston, this needs attention. As Emma Green noted in The Atlantic, “The crime [of black church arson] is often association with racial violence: a highly visible attack on a core institution of the black community, often done at night, and often motivated by hate.” Those of us with memories of the civil rights era recall with dismay and horror the 1963 bombing of the 16th Street Baptist Church in Birmingham, Alabama, killing four little girls. It isn’t for nothing that the four Klan members targeted that Birmingham church, striking at a symbol in the black community and, like Roof, aiming to spread terror among black churchgoers everywhere.

Given the philanthropic sector’s historic underfunding of black-led nonprofits (recall the AB624 legislation in California, which led some funders to assert that people of color-led organizations needed capacity-building in order to be better able to apply for, receive, and manage foundation largesse), black churches are often the charitable sector focal points in many black communities. Many black churches provide some measure of formal and informal services to church members.

According to author Frederick C. Harris:

“While black religious traditions had different ideas about how to challenge racial inequalities in American life…by the post-civil rights era most black religious traditions were at a consensus about the need for churches to be vigorously engaged in community outreach and to be involved, in some way, in political matters. As an institution reflecting the interests of an economically marginal population, urban black ministers and churches have been committed to providing social services to the poor.”