The Problems of Charter Schools Won’t Be Solved by PR 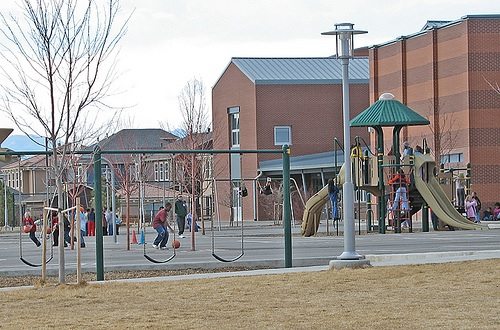 Writing for the Education Opportunity Network, a program of the liberal Institute for America’s Future, Jeff Bryant has issued a tough analysis of the problems of charter schools. In response to the charter school industry’s new public relations campaign called “Truth about Charters,” Bryant suggests that charter schools need regulation, not PR. Why are charter school advocates pursing an ad campaign? Bryant notes public opinion beginning to turn against charters in some communities—particularly, he says, in Philadelphia, Bridgeport, Pittsburgh, and Chicago, where parents and officials have opposed charter school takeovers.

Bryant also suggests that charter school advocates may be responding to a report from Standard & Poor’s, the market rating service, which had little positive to say to potential investors in charter schools. The report, titled The U.S. Charter School Outlook Is Still Negative in 2014, found “a greater possibility of downgrades [for charter schools] than for public or independent schools.”

Among the reasons cited in the S&P analysis were:

The S&P analysis of the management weaknesses of charter schools is particularly compelling:

“Despite continued growth in the charter school sector, many schools suffer from inexperienced leadership, particularly concerning financial and debt management practices. Often schools are started and run by a visionary leader or supportive group of parents, teachers, or others who wanted an alternative to traditional public school options. Likewise, schools often fill board seats with parents or local leaders who have great enthusiasm but limited skills for running a complex start-up business. As the number of schools we rate has increased, we have seen a growing disparity between strong and weak management teams.”

Bryant’s analysis points out a number of the managerial and ethical problems of many charter schools, including some that have led to FBI raids in several cities. He recounts reports of charter school misspending, including “bribes and kickbacks” and assorted other examples of financial malfeasance. The term he and some others use for charter school financial practices is “a racket.”

Would increased regulation rein in the diversity of questionable practices that Bryant recounts? “One of the supposed advantages of charter schools was their exemption to laws and regulations that some feel shackle public schools,” Bryant writes. “But do these exemptions, in fact, lead to less transparency and accountability?”

As an example of the regulatory problems, he notes that in Ohio, charter schools are exempt from over 150 laws that apply to public schools regarding minimum training of personnel, public disclosure, and reporting requirements. He cites an unnamed University of Connecticut professor who wrote, “The phenomenal growth of charter schools nationwide has been aided by a canny legal strategy in which the schools claim to be public for the purpose of taking in tax dollars but private for the purpose of evading government oversight.” The most common issue Bryant cites is the charters’ lack of public disclosure—not simply as a matter of law, but as a matter of choice when charter schools feel threatened by media inquiries or other mechanisms of public scrutiny.

But the key is that charters are predicated on their ability to evade or step over regulations that apply to other kinds of schools in public school systems. Charter school advocates say that charter schools need regulatory flexibility in order to achieve the goals they purport—with increasing skepticism from researchers—to reach. Restricting their freedom from regulation and oversight, especially from public disclosure, would be a fundamental change in why and how charter schools exist. Ultimately, the question behind Bryant’s analysis is, under what circumstances—when and where—should charter schools be permitted or encouraged, given that their freedom from many regulations is built into their operating model?—Rick Cohen