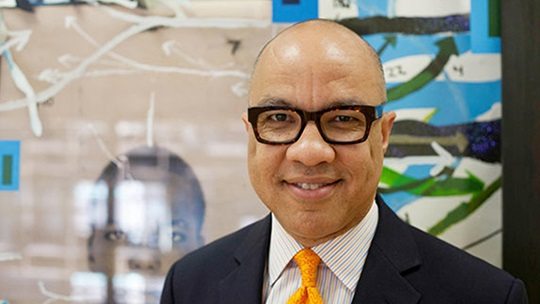 There is no doubt that the Ford Foundation still is capable of wielding significant influence in philanthropy and the nonprofit sector, although its leadership has been less visible to many in recent years. But yesterday, the Ford Foundation announced its new president, Darren Walker. Walker will succeed Luis Ubiñas who has been at the institution for only six years. Ubiñas came to Ford from McKinsey & Company during what might be seen as the height of philanthropy’s love affair with the big consulting firms. It was seemingly an outsider strategy, and many have since speculated about its success, albeit mostly sub rosa. (Bill Schambra of the Hudson Institute’s Bradley Center gave this lack of open discussion of the Ford transition a mention in a recent article for NPQ.)

Walker has a background in law and banking, but also in community development and philanthropy in a number of settings. According to the foundation’s announcement on its website, Walker joined Ford in 2010 as “vice president for Education, Creativity and Free Expression, one of the foundation’s three major programming areas. Immediately prior to joining Ford, Mr. Walker was vice president for foundation initiatives at the Rockefeller Foundation, where he oversaw the execution of a broad range of programs in the United States and internationally. Prior to joining Rockefeller in 2002, Mr. Walker served as chief operating officer of the Abyssinian Development Corporation, a leading community organization in Harlem. There, he guided efforts to develop housing for low and moderate-income families, was involved in two of Harlem’s largest privately financed commercial projects in 30 years, and led the development of the first public school built in New York City by a community organization.”

The point is that Walker is not coming in as a newcomer to the work of philanthropy or nonprofits or, for that matter, social change. From what he has shared in interviews, he understands the tension in grantor/nonprofit/community relationships and all indications suggest that he is committed to democratic or deeply collaborative processes not only in what the foundation will support, but how it will support it.

“In Darren, we have found a president of powerful and diverse ability, deeply committed to our mission and tradition of leadership in the social sector,” said Irene Hirano Inouye, chair of the Board of Trustees. “With extensive experience in both the private and non-profit sectors, a strong command of the substance of our work, and an engaging leadership style that relies heavily on collaboration and partnership, he represents the best of all worlds. He’s an excellent leader for a global organization with grassroots sensibilities, and we’re very proud that he emerged from within Ford’s own pool of talent.”

We figured we would let you hear him speak to his own experience with philanthropy at the GiveSmart website.

NPQ is heartened and hopeful about this choice and looks forward to watching what Ford does under Walker’s seasoned leadership.—Ruth McCambridge