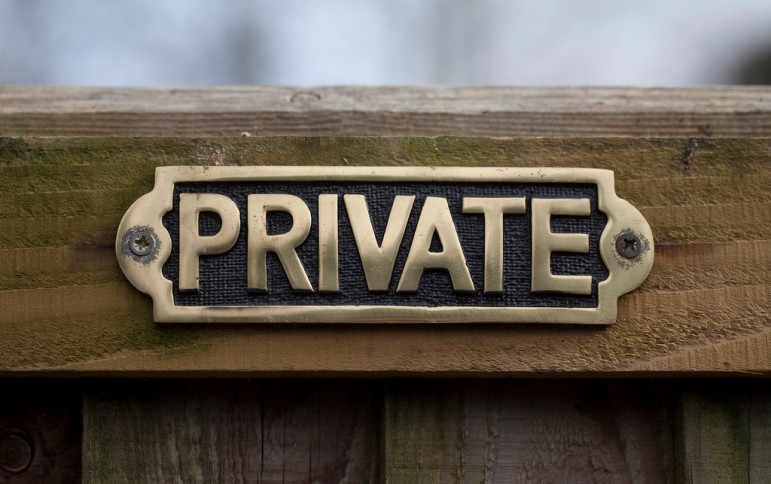 The U.S. Supreme Court’s ruling in Brown v. Board of Education, in tandem with the Civil Rights Act of 1964 and the Elementary and Secondary School Act of 1965, abolished the legalized separation of white and black students. But fifty years after passing this legislation, segregation still very much exists today in private schools according to a recent study by the Southern Education Foundation.

The Washington Post published a snapshot of the Southern Education Foundation’s findings, which say in part:

But why does this issue persist all this time later? Greg Forster, a senior fellow at the Friedman Foundation for Educational Choice, told the Washington Post that it’s not surprising. White students are more likely to attend private schools because the nation’s white families have higher incomes than other families, on average.

Private schools generally want to serve as many students as possible, but they can only serve those who are able to pay. School choice levels the playing field by helping those with lower incomes have access to the choices that others now have and even take for granted. It is not a scandal that those who are able to access better schools choose to do so; it is a scandal that because of the government school monopoly, only some are able to access better schools.

But is economics the only reason these statistics exist? Steve Suitts, who wrote the study as a Senior Fellow at the Southern Education Foundation, said economics are part of the pattern but not all or even most of it. The number of black, Latino, and Native American students enrolled in private schools is far lower than the number of minority families that could afford it, he said. He said he didn’t know of instances in which private schools rejected qualified minority students—but the enrollment patterns signify a problem:

The fact is that, over the years, African-American families and non-white families have come to understand that these private schools are not schools that are open to them, especially in light of their traditional role and history related to desegregation of public schools.

Historically these schools were used to placate parents who did not want their children attending public schools with minorities after the Brown v. Board of Education ruling.

Liz King, director of education policy for the Leadership Conference on Civil and Human Rights, agrees that the historical context is important because it shows how “private education can play a role in undermining civil-rights efforts.” If taxpayers are going to support private schools, King says that those private schools should be subject to additional scrutiny and to the same civil rights oversight and enforcement as public schools.

NPQ wrote about this issue as well late last year when we spoke about market equity in private school access. Lori Bezahler, president of the Edward R. Hazen Foundation, spoke to us about the hurdles many minority families face in trying to get access to private school options for their children. Among the constraints Bezahler cited were:

She also noted that in some cities, parents with means pay private consultants to get their kids access to better schools, and in other places parents “work the system” to bypass the ostensibly fair lottery rules for getting accepted at charter schools. Some parents, Bezahler adds, even pursue access to charters and private schools “to choose [racial] segregation.”

Suitts, who is now an adjunct professor at Emory University, says these schools should be more integrated, especially considering that many of them receive the same federal funding that public schools do. He told the Post, “The public-school system is built on the bedrock notion that we want each child to have a chance for a good education. And if private schools do not wish to advance that national purpose, then they ought not receive public funding.”

The public funding to private schools comes in the form of voucher programs that give tuition help to minority and other low-income students who would otherwise not be able to afford to attend these private institutions. Proponents of the voucher system say that it does work to increase minority enrollment in these schools. Forster in his analysis pointed to Milwaukee, which has had a voucher program since 1990, as evidence that vouchers can help increase minorities’ enrollment in private schools. In 1994, when racial data were first tracked, 75 percent of the city’s private-school students were white, he said; by 2008, the white share of private-school students had dropped to 35 percent.

But are the vouchers enough to fully integrate private schools? And what about the undercurrent of racism that many students of color face when they are enrolled in these schools? Many students feel that they may be accepted in a private school on paper but they are not treated as equals in practice. The Wall Street Journal reported in 2014 about two eye-opening documentaries about racism in private schools in New York City. Jessica Bagby, assistant head of school and upper-school principal of the Trinity School featured in the documentary “I’m Not Racist…Am I?” spoke to the thorny interrelationship between race, class, and privilege. Ms. Bagby said she thinks people often say—and believe—the correct things when it comes to civil rights. “But when you peel back the layers, there’s still some lack of understanding around one’s privilege and the implications of it,” she said.

The New York Times touched on this subject similarly in an article about how many minority students may be admitted to private schools but not accepted. They reported students feeling estranged, studying among peers who often lack any awareness about their socioeconomic status and the differences it entails. They describe a racism that materializes not in insults, but more often in polite indifference, silence, and segregation. Albert, an Asian-American boy in the documentary “Allowed to Attend,” says, “You can do a lot of psychological damage to people by ignoring them for an extended period of time. For, like, four years.”

So should there be more oversight to private schools, especially those who do receive federal funding? Forster doesn’t see the need for additional oversight or for new requirements that private schools accepting public dollars accept every child who applies.

Forster went on to challenge Suitts’s methods for analyzing segregation in private vs. public schools. He said that it can be misleading to compare enrollment patterns on a state level because that misses important nuances between individual schools and between different parts of a state. Forster went on to say that Suitts did not attempt to capture the segregation of students of color within either school sector, leaving out an important part of the picture of race and enrollment patterns.

Regardless of the differences of opinion between the two scholars, the facts do support that the issue of segregation in private schools does exist, and until we start having more of these difficult conversations about why that is, we might never be able to find a compromise leading to true equity among all races in our private or public education systems.—Alexis Buchanan