The Rising Tide of Giving and Your Nonprofit Boat: Giving USA Reports on 2014 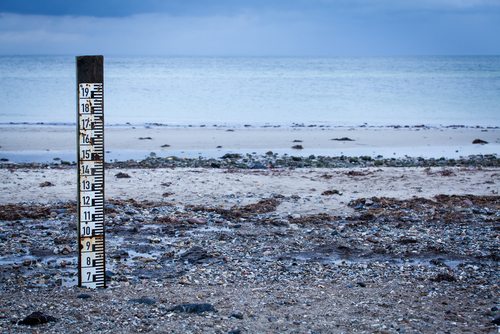 The 2015 Giving USA report covering 2014 will produce great headlines today. Charitable giving has not only recovered from its deep decline during the recession, but at $358.38 billion, it has exceeded the pre-recession high of $355.17 billion. This is an increase of 5.4% from 2013’s estimated total of $339.94 billion in inflation-adjusted dollars. Over the last forty years, giving has almost tripled in inflation-adjusted dollars.

Good news, right? But the question, as always, is where did that money come from, where has it gone, and where will it go?

First of all, we must remember that close to three-quarters of charitable giving comes from individual donations, and this landscape of givers has changed with the economy. Over the past few years, NPQ has been tracking the category of mega-gifts, which most often go to large institutions. In 2013, this category included any gift of $80 million or above, but in 2014 the level of a mega-gift has been upped to $200 million and above. Even with that significant threshold change, the cumulative amount in that category has grown from $4.26 billion in 2013 to $6.2 billion in 2014. As of this writing, we do not have the figure for all 2014 gifts over $80 million to provide that full comparison for you, but it seems clear that much of the annual increase was accounted for by donations by a few individuals.

The estate gifts in each of the two years were $1.3 billion and $1.4 billion, so the big increase in gifts by individuals was in gifts by living donors. According to Patrick Rooney, associate dean for academic affairs and research at IUPUI, many of these mega-donors made their money in the tech field and are generally younger than donors of the past—with, one might imagine, a long philanthropic road in front of them. Rooney says the impact of large donors on the giving landscape is clearly increasing, and we at NPQ see that as mimicking the economy overall in terms of a narrowing group of wealth holders who control more and more of our collective resources, including philanthropic dollars. Individual giving accounted for an astounding 58% of the increase in giving between 2013 and 2014 but still, as a percentage of GDP, the level of individual giving has not increased.

Making our class discomfort a bit worse is the fact that although corporate giving has increased by 11.9%, corporate giving in 2014 was at a relatively low 0.7% of pre-tax profits. Rooney points out that the forty-year average for corporate pre-tax giving is 0.9%. The highs were 1.8% and 2% respectively in 1985 and 1986. The high for pre-tax profit, by the way, was reached this year at 2.42 trillion dollars.

As we point out year after year, large donations from high dollar givers tend to be directed toward large institutions. In 2014, all but one of the eight mega-gifts were given to foundations, where presumably they will be meted out over time by living donors. Michael Bloomberg gave the eighth mega-gift to various causes like public health, the arts, education, and the environment.

Still, the total giving picture in most recipient categories is getting more robust. While most categories saw increases this year, the big loser in terms of receiving money in 2014 was the category of international giving, which declined by 3.6% in inflation-adjusted dollars. Rooney posits that this may reflect fewer natural disasters in 2014. Manmade disasters like wars, he said, do not attract donor dollars in the same way. Human services, which did relatively well during the recession, saw relatively small growth at 1.9% though myriad recent surveys indicate that demand for their services is on the increase even as the economy “recovers.” On the other hand, arts and culture organizations regained much of the ground they’d lost during the recession with a 7.4% increase over the year before, the largest increase among recipient groups, followed by environmental and animal organizations at 5.3%.

Finally, religion. As it has during the past three decades, religion continues to lose ground as a proportion of the giving pie. Although it did grow by 0.9% in inflation-adjusted dollars, it has dropped from 53% of total giving in 1987 to 32% in 2014.

The big news here is that giving is coming back, but the smaller story, which may be about your organization, is that the distribution of that money is out of balance in the same way as wealth has become imbalanced—it remains relatively close to the wealthy “home” and is devoted to larger institutions.