The Risks of Limiting Charitable Deductions 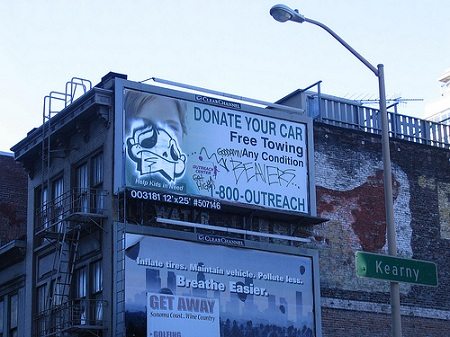 In his Urban Institute blog, The Government We Deserve, the Tax Policy Center’s Gene Steuerle looks to the past to auger the future of charitable deductions. He suggests that rather than eliminate charitable deductions altogether to increase much needed revenue, government should consider other options. He cites a 2003 GAO study which details what happened when tax deductions on donated cars were curtailed: claims for donated vehicles dropped. This was dramatically illustrated as only a graph could. 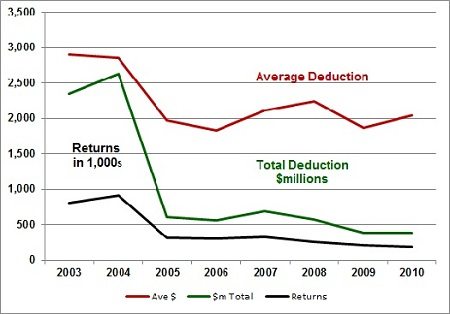 Based on this, Steuerle, reiterates the argument that limiting charitable deductions will dampen giving, which threatens nonprofit coffers and ultimately hurts those who benefit from programs and services provided by the sector.

The Wall Street Journal reports that “there is no specific plan to eliminate deductions for charitable giving” in the ongoing haggling over the fiscal cliff. There are, however, proposals to cap overall deductions which some argue would negatively impact charitable donations.

Is the change that occurred in auto donations after the enactment of new regulations likely to be comparable to any potential change that might be enacted in the charitable tax deduction? We’d love readers’ opinions on this.

As with so many other tax revenue and deficit reduction proposals being floated, we really don’t know what will be in the final mix that keeps us from falling over the looming precipice. Steuerle and others think policymakers should be equipped with as much good and evidenced-based information as possible in making such monumental decisions. Weigh in. –Erwin de Leon

Editor’s Note: During the week of December 10th, the Cohen Report will publish an in-depth piece on the lobbying effort on the charitable deduction.