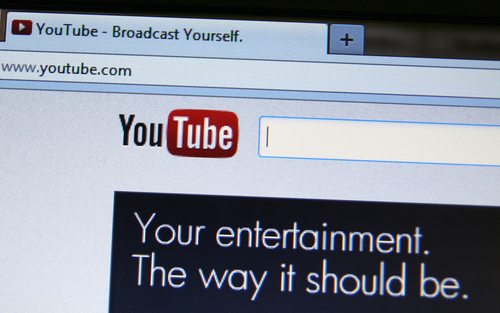 What were the most viewed nonprofit videos on YouTube in 2012? Were they the outrageous, the ordinary, the simple, the funny, the complex, the heart-warming or the gut-turning? The curiosity factor is high here, so what videos attracted the masses to watch? Google released the list to Mashable, which produced a slideshow featuring the top five. As many nonprofits are more often relying on video to tell their story now than in the past, take a moment to look at these videos and see what you think.

5.    Boyfriend Went Vegan: PETA is known for creating controversial campaigns to create interest in their issues and this ad campaign fits that category. The negative reaction tends to drive up the numbers of viewers, which helps PETA meet its goal of getting the message out. Watch it here:

4.    Thank You Message to Selena Gomez from Hana Hwang: Created by a 13-year-old patient after a visit in the hospital from the famous singer, this video truly touches the heart. The nonprofit, Children’s Hospital Los Angeles, where Hana spends a lot of her time, posted this on their website in January of 2012. Watch it here:

3.     Demand A Plan to End Gun Violence: Posted after the school shooting in Newtown, Conn., this video has already gathered enough views in less than a month to be the third-most viewed nonprofit video of 2012. The sponsoring nonprofit is Mayors Against Illegal Guns, and the controversy at issue is gun control. Watch it here:

2.   Dumb Ways to Die: The Melbourne Australia Metro turned their public information video regarding safety around trains into an animated song. Released in November, the song can be downloaded from iTunes. Watch it here:

1.  Kony 2012: Admit it. You heard about Kony and went online to find the video. This video captured the attention of the most viewers of any nonprofit video and was actually the third-most viewed YouTube video of any kind in 2012. The controversy here, which NPQ has written about previously, focused on the complexity of the story and what was included or not included. Watch it here:

It is interesting to note that three of the top five videos witnessed strong split reactions, thus creating controversy. And controversy attracts viewers. Most nonprofits can only dream of this much attention. However, the key question for the nonprofits with split reactions is this: Did the video create the branding that the nonprofit organization desired and, ultimately, did the video move the mission forward? –Jeanne Allen